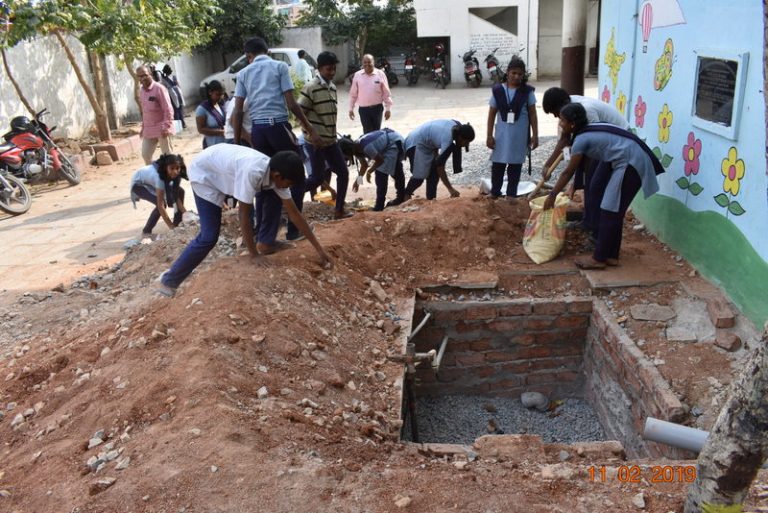 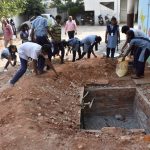 Water is an absolute necessity for human survival. However, access to water is becoming critical, particularly in parts of Asia. Some 54 percent of India faces extremely high-water stress. The crisis has become increasingly evident in recent years and informs all aspects of daily life including schooling. Government schools in India face multiple systemic and infrastructural issues ranging from shortage of teachers, lack of training and resources to lack of safe water and sanitation facilities. Of the 10.83 lakh government schools in the country, over 42,000 lack drinking water supply as per a March 2021 media report.

Lack of clean water has serious effects on students’ academic performance and attendance rates. The lack of safe water can cause even the best students to lose momentum as they deal with stomach pains and diarrhoea from disease and hunger. Students miss class to go fetch water, or to care for sick parents or siblings. For girls, the situation is especially troublesome. If schools do not have proper toilets, girls drop out once they reach puberty. Further, it is typically the responsibility of the women or adolescent girls to fetch water thus limiting their access to both education and business opportunities.

Janyaa Foundation (www.janyaafoundation.org) is a 80G NGO founded in 2010 by Ms Venu Nadella which enables creative problem solving skills in underprivileged children by applying science & math to their daily lives through experiential learning. Headquartered out of Vijayawada, Andhra Pradesh, Janyaa has been implementing its STEM experiential learning programs in government/public and public-private schools across India since 2010.

Janyaa’s C2 Children -> Community Model focuses on key concepts, ideas, applications and problem-solving. Its programs include the Janyaa Lab in a Box (JLIB)- where children are taught science and math experiments in an interactive manner; Janyaa Social Innovation Challenge (JSIC)- an in-school contest where children leverage their science/math learning to develop innovative models or solutions to solve daily societal challenges; and JanyaaChildren2Comunity Solutions- where the science/math models are implemented at the school and/or community level.

In 2018, Janyaa implemented its Janyaa Lab in a Box program in Girls High School Sanath Nagar (Old), and Girls High School Sanath Nagar RT located in Medchal District, Telangana State. As part of its work with government schools over the years, Janyaa team observed that most schools lacked a proper water facility. There were neither bore wells nor sufficient municipal water supply. Often a holiday was declared by the school management due to non-availability of water in the school. Both schools faced a glaring water shortage. The Janyaa program started with students gaining hands-on knowledge on the science and math subjects with help of Janyaa-trained Resource Facilitators. Peer learning groups were also formed to motivate student participation and learning. In view of the issue of water scarcity in both schools, Janyaa announced Rain Water Harvesting and Water Conservation as the theme for the 2018 Janyaa Social Innovation Challenge.

Janyaa team conducted an awareness session to sensitize children on the different methods of water conservation namely recharge shafts and rainwater harvesting, which were already part of the JLIB curriculum. The condition of water sources in the schools, strategies to increase water levels and avoid water crisis were also discussed. Based on the Janyaa Lab in a Box experiential learning, students developed experiments to solve the issue of water scarcity faced in school. Students from 10 government schools enrolled in Grades 6th-9th participated in the Janyaa Social Innovation Challenge.

The contest was judged by an expert panel including Mr. Sai Baba, Assistant Professor, Physics, Institute of Aeronautical Engineering College; Expert Science Teacher from Zilla Parishad High School Shapur Nagar; and Mr. Ravindra Raju, District Science Officer as well as members of the Janyaa team. Two models were selected from the JSIC exhibits. The first prize was awarded to the Recharge Shaft model developed by the (Old) Sanath Nagar Girls High School. The winning team said that “they prepared the model inspired by the JLIB with program and the guidance of their Physical science teacher Mr. Srinivas.” A recharge shaft or pit is an efficient and cost-effective technique which allows the rain water to replenish ground water by recharging the underground aquifers. It can also be built to recharge a bore well or just to help the water infiltration in an area. A recharge pit can be totally invisible as it is filled of stones hence does not present any danger. The percolation rate of recharge pit is much less than of an open well. The water percolates slowly because there is no hydrostatic pressure in the pit.

Given that the winning recharge shaft model was developed by its students, Janyaa decided to implement it in the Old Sanath Nagar Girls High School with the help of its Resource Facilitators. With support from donors, Janyaa started the construction of the shaft as part of its Janyaa Children2Community Solutions program. Janyaa connected the recharge shaft to the school’s defunct bore well with length of 200 feet. The Pit helped store and raise the water table in the area benefiting 750 children (girl students) by improving water supply in their respective school.

This led to to improved outcomes for student attendance, academic performance, and health and hygiene. The above success story is an example of how simple project ideas by children can be transformed into large-scale solutions to solve daily problems to advance the community and country’s socio-economic growth. By empowering children with hands-on experiential learning, Janyaa aims to create sustainable communities which enhance resource and human productivity, reduce environmental damage, and are able to harness the economic benefits of innovation.