Tortured as a Child Labourer, He Is Now Helping Draft India’s Anti-trafficking Bill 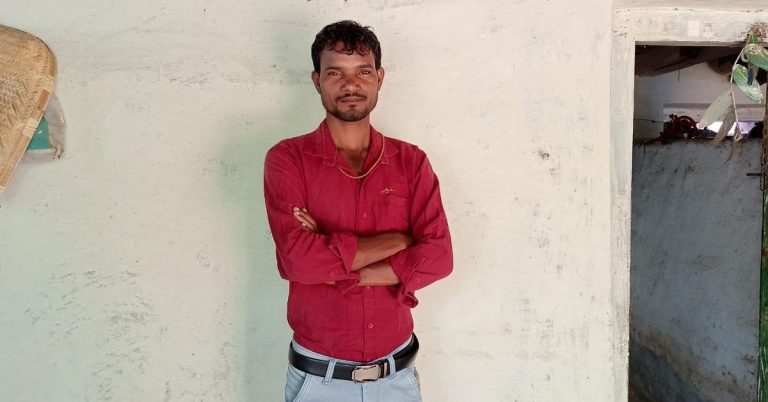 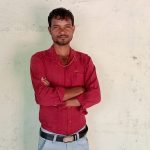 Nearly one in 10 children are subjected to forced labour worldwide — with some pushed into hazardous work through trafficking, as per UNICEF (United Nations Children’s Fund).

Khem Lal Khaterji was all of six when he began his life as a child labourer. At an age when children are just learning to read and attempting to string together alphabets and write their names, Khem Lal was forced to break coal and pack mud into brick moulds. He says, “18 ghante kaam karte the; phir bhi do waqt ki roti ko taraste the (We used to work for 18 hours a day and even then, we would struggle to get two meals a day.)”

He adds, “The first home I knew was the jhopdi (hut) I was born in. My parents were both construction site workers and worked for a daily wage. At a time when they thought their life was getting better, they were sold from one contractor to another. Thus, we found ourselves in Meerut (Uttar Pradesh), enslaved to another contractor.” The situation was such that none of the labourers could raise their voice – they were bound. “Amma and baba had to toil and were expected to make 1,500 bricks each day. I was six when I joined them,” he recollects. Khem Lal and others like him were exposed to the smoke and dust on a daily basis. This prolonged exposure also led to Khem Lal’s father contracting cholera. While the contractor agreed to help and extended financial help as well, this led them into further debt and there was no way that Khem Lal and his family could buy their freedom.

‘I realised the life I was leading was not normal.’

“Since I was born into a life of bonded labourers it took me a while to understand that it was not normal,” he shares. Once the realisation struck he says he found his circumstances inhumane. “We had nothing to show for ourselves despite working so hard. No ration card, no access to clean drinking water and not even a proper roof over our heads. We lived in such tiny spaces and were for all practical purposes slaves.”

famOn many occasions Khem Lal recollects crying to his parents and the one thing his father always told him was to study. He says, “Padhai karo (study) was something that he constantly kept telling me. He would say that was the only way to get out of this situation. His words stayed with me and I started finding ways to study and attend school.” At 13, Khem Lal began skipping work to attend school and while it worked for some time, when the contractor got wind of this, all hell broke loose.

Recollecting that rather horrific experience, Khem Lal says, “As much as I try to forget that experience, I am unable to. The contractor heated up a large spoon and stuck it on my cheek. I remember howling in pain begging him to let me go. But he didn’t.” That was just the beginning of Khem Lal’s abuse, thereon the contractor periodically beat him up. Even though he was just a child, he was made to work for close to 18 hours each day and very often would not even be paid for his work. Khem Lal was malnourished and almost always exhausted.

“He once even hit Amma and that was when I decided to stop going to school completely. I could not see her getting hit,” he shares.

This went on for three long years until Khem Lal and his family were finally rescued by an NGO working in that area.

‘For the first time, we were treated as humans.’

He adds, “I saw what humane treatment was like only after we were rescued by the NGO workers. We were sent back to our village and baba used the relief funds to buy a toffee making machine, while I worked hard and made it to college.”

“I had decided that after my graduation I would work towards helping other human trafficking victims and I joined the same NGO that saved my life to do so,” he says. The first step towards making a difference according to Khem Lal was to bring about an awareness about the evils of working as bonded labourers and being victims of human trafficking. “In many cases those who were bonded labourers were not even aware of their rights,” says Khem Lal.

In helping others Khem Lal says that he also started healing, slowly.

Wanting to pursue this full time, in 2020, Khem Lal and a group of other survivors got together to form an organisation called SAANS (Shramik Adhikar Aur Nyaya Sangathan). “During the lockdown, I received a tip about a brick kiln in Pathankot (Punjab) where more than 12 labourers were made to work under terrible conditions. Freeing them from that hellhole was something that liberated me. Once the labourers were out of that place they all fell to my feet thanking me for what I had done for them. I was so overwhelmed,” he says.

Khem Lal could well have been one of the many in India who continue to be trafficked each day but he was saved. Today, he has chosen to help others.

The 27-year-old is now working closely with the government to draft an anti-trafficking bill, as he “never wishes that life upon even his worst enemy”.

In conclusion, he says, “It’s been a decade now, but when I think about how my childhood was taken away from me, I break down. I may never be able to put the torture behind me, but knowing that I’m working towards a better future for my people puts me at ease. When we know better, we have to do better – that’s the mantra I live by.”

The story has been extracted from https://www.thebetterindia.com/265348/child-labourer-khem-lal-brick-kiln-bonded-slaves-workers-rights-saans/