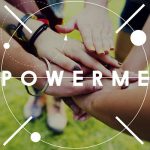 There are no less than 1000 schools of various hues on 150-kms route from New Delhi to Anupshahar, a small town on the banks of Ganga in Bulandshahar district in Western Uttar Pradesh. But, none like Pardada Pardadi School. The difference lies not only in school’s name but in everything it symbolises. In this exclusive girls school, everything is on the house. Books, stationary, two sets of uniform, education, three-time meal, school bus and even laptops and computer tablets – everything is free of cost. On top of that each student gets a scholarship of Rs 10 for every day, she attends the school. And above all, all pass-outs have a guaranteed job.

Each child entering the school is taught to be self-reliant from the very beginning – a foundation of Atmanirbhar Bharat. Presently 112 ex-students of this school are working in different software firms in Bengaluru’s Silicon Valley, while 141 former students are pursuing varies professional courses in different educational institutes in the country. Number of students have been receiving scholarships to various courses in foreign universities. Priyanka and Radha of this school are drawing a hefty package of Rs 8 lakh per annum. Yet, there is no entrance exam to secure admission in this school. The only condition for admission to this school is – the girl should be from the most-downtrodden and economically deprived sections of society.

Thus, the students here belong to all castes, creed and religions including children of sex workers and toilet-cleaners. They cook, eat and study together. Besides, they are also imparted skill education, basic hygiene training and moral education, to be kept in good stead in life. The school was started in 1999 by Virendra ‘Sam’ Singh, a US-based NRI who worked in the USA for more than 42 years. He returned to his village vowing to turn around the fate of women folk because, as he puts it – they can change the status quo in two places – their parents as well as their in-laws, after the wedding.

The school that started on Sam’s 110-bighas agri-plot with just a handful of children, today has around 2100 students from nursery to class XII. The octogenarian patron of this unique concept now plans to add another wing before the onset of admission season so that he could admit 500-more students next year. THE SCHOLARSHIP STORY When Sam offered free education with meals, uniforms, books and stationary way back in 1999, few villagers agreed to send their daughters to his school. “If these young girls go to your school, who will do the menial jobs like taking care of younger siblings, collecting firewood, grazing cattle and making cow-dung cakes to be used as firewood”, they used to ask. That was when Sam asked them to estimate cost of their daughters’ labour and they asked for a sum of Rs 10 per day. The amount is deposited in each student’s bank account and they can use it only for financing their higher education or meeting their marriage cost, he says. Hence the girls like Radha, and Neetu, would have been married off to some landless labourer after attaining puberty, would have sired kids and been flitting between kitchen and fields. But, these girls are now working as a computer operator, nursing assistant or even yoga teacher in big cities like Bengaluru. ON-JOB TRAINING Sam also plans to make special coaching arrangements for his wards for all-India competitions like IIT-JEE and NEET. Besides, Tata group and Nettur Technical Training Foundation from Bengaluru, have been absorbing almost all his pass-outs. Tatas in fact, have been imparting on-job training with a starting annual salary of approx. Rs 2 lakh. It is indeed a significant amount for the girls, whose parents mostly are daily wage workers or land-less labourers. EXPENDITURE So how is Sam Singh managing to meet such massive expenditure?

Initially, he was spending approx Rs 2 crore per annum from his savings and pension. Having spent 42-years in a multi-national company like Du Pont, he had enough savings. But, with school growing by leaps and bounds, he decided to accept donations which don’t come with a baggage. Most of his doners are from countries like US, UK, Canada and Singapore. WHOLISTIC DEVELOPMENT Mr Virendra Sam Singh is empowering not only the girl child but her entire family. He has provided jobs like stitching, embroidery and weaving to girls’ mothers in a project aptly named ‘i-village’.

Approx 300 women currently employed in i-village, have been stitching two-sets of uniforms for 2100-students while also making exquisite items to be sold in metros like Delhi and Mumbai. Ay the same time, Sam is also providing employment to students’ fathers by providing loan to buy milking cattle. He has also stitched a tie-up with Mother Dairy, which has been buying all the milk from their door-village, thereby ensuring a regular and guaranteed income with which they are able to repay their loan and at the same time, meeting their regular expenses. Besides this, Pardada Pardadi Educational Society is also helping villagers in a radius of 18-20 kms to set up and run self-help groups. These groups educate the villagers of their rights and their entitlement in government schemes. At present there are 5500 members running such SHGs.

The Atmanirbhar Mantra Sam Singh claims that each of his student is all set to become self-reliant. Some his students are now aspiring to become doctors, engineers and even IAS. They are aware that the Government has allowed women to take the National Defence Academy (NDA) examination leading them to join the Armed Forces. Their parents too have become self-reliant. He feels if this model is taken up in rural areas across country, in next few years each and every one will have one or the other job in hand, making the entire country Atmanirbhar. That is when he will be satisfied, he says. 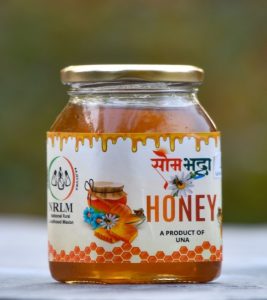 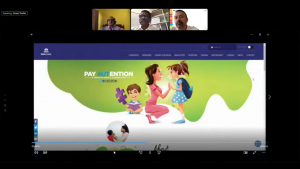 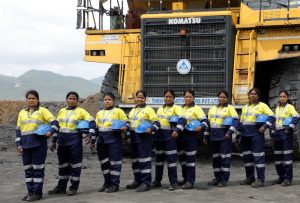