The Leading Ladies on Mission against Menstrual Poverty 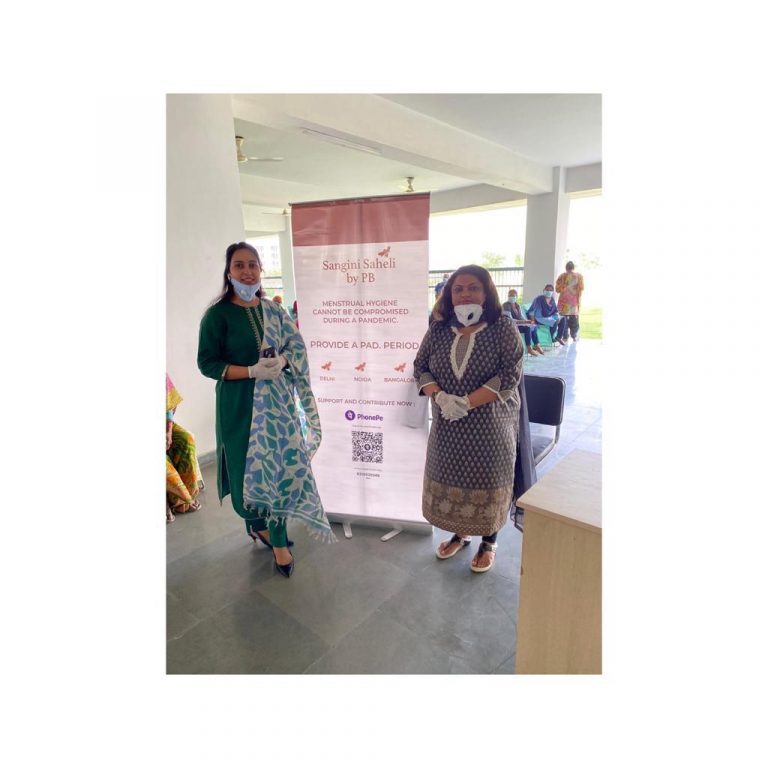 The Nation with population of approximately 1.33 billion in which 48 percent are females, where we talk about awareness, empowerment, activeness, participation, equality and all on daily basis for females of our country. It looks decent to talk about them, but when we see the reality behind the curtain of our fancy words it’s scary.

It is scary to see the mortality rate, it is scary to read that according to the National Family Health Survey more than half of women in India (55%) have anemia, it is scary to know that females are dying because they are bounded by taboos more than the value of their life. These are just few cases, not the full stop. There are many more unheard cases which we sometimes even don’t know and see but they exist somewhere for someone. Same case is there with menstrual health of females in our country.

When we talk about our society we generally see a small radius around us, but it’s not all. Something like this happened when Mrs. Aman Preet, an IRS officer and her friend Mrs. Priyal Bharadwaj, a professional Faishon Designer came together to help those returning from the metro cities to their native place by road, because of Covid-19 and nationwide lockdown.

It all started with distribution of foods and other necessity kit and finally leads to providing sanitary napkins to the females in returning migrant families. When they started their campaign under the banner of NGO Sangini Saheli it was mainly centered to the railway stations, bus stops and highways from where the migrant are moving towards their native place.

With this distribution drive it was becoming clear that how menstrual poverty and lack of knowledge about the use of personal hygienic products are leading a dangerous life for females. This makes them to start their journey in fighting with menstrual poverty and making women’s aware about the importance, need and use of sanitary napkins. Many officers, sports personalities, actors and other peoples from different walk of life came in support of this cause which leads to a massive drive across 17 states of India with the distribution of more than 110000 sanitary napkin packets with other supplements in all the concerned areas with low rate of awareness and accessibility.

The journey is still on, you can also join this mission at your place itself by creating awareness and distribution drives for the concerned section of your area.

Spread Positivity, Spread Awareness!!
Follow them here @IrsAman @bhardwaj_priyal on Twitter to know more about their mission against menstrual poverty.