Single Adoptive Father To Be Honoured On Women’s Day 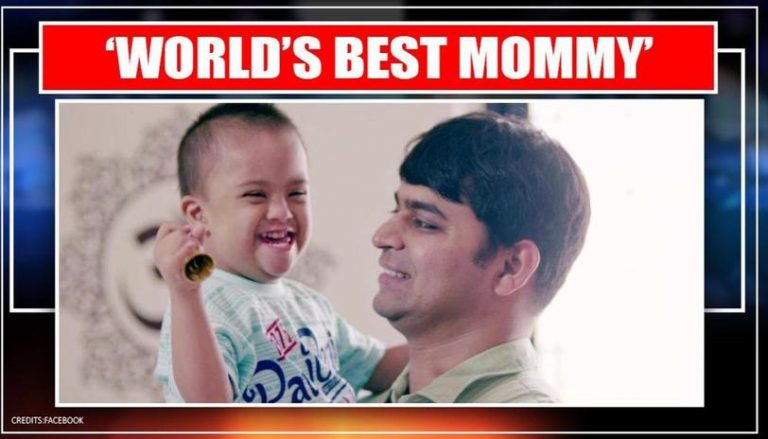 India’s youngest single adoptive father will be honoured in a Bengaluru event with ‘World’s Best Mommy’ award on International Women’s Day on March 8.

India’s youngest single father will be honoured in a Bengaluru event with ‘World’s Best Mommy’ award on International Women’s Day on March 8. After learning that most people choose not to adopt a child with special needs, a Pune resident, Aditya Tiwari adopted a 22-month-old child, Avnish with Down Syndrome in 2016 and quit his job as a software engineer. The news of receiving the award was shared by Tiwari on Facebook saying “motherhood: all love begins and ends there”.

The 28-year-old will also be part of the panel discussion at the event and according to reports, the father-son duo has already been to 22 states where they hold meetings, workshops, conferences. According to an interview given by Tiwari to a national media outlet, they were also invited to the United Nations to participate in a conference and educate about bringing up children with intellectual disabilities.
According to reports, Avnish was diagnosed with two holes in his heart and his birth parents had decided to abandon him as he would bring embarrassment to the society because of Down Syndrome. Now without any medical intervention, the holes have disappeared, but he still needs to undergo two crucial surgeries.

While Tiwari has broken most stereotypes by adopting Avnish and becoming a single parent along with being an activist for children with special needs, there’s another 15-year-old who became famous for breaking stereotypes. A 15-year-old girl with Down Syndrome is breaking all the stereotypes by competing in state-wide dance competitions and by modelling for top brands across the United States. Kennedy Garcia was reportedly born in Colorado and the doctors had advised her mother Renee to ‘give her up for adoption’ when she was born. However, Kennedy has now defied their gloomy predictions and modelled for brands like American Girl and Justice Clothing.