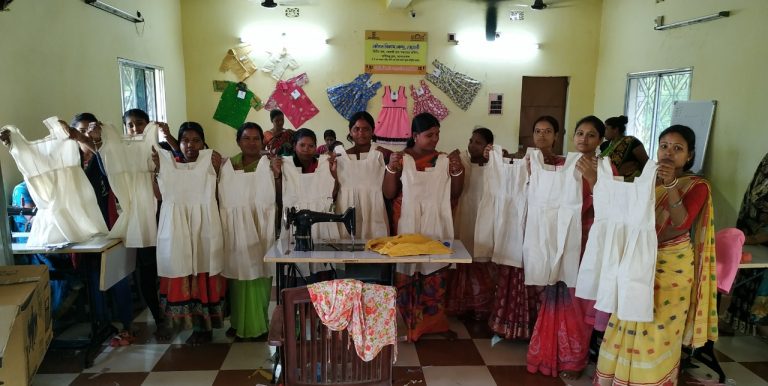 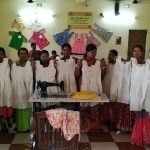 SHG- led Rural Enterprise: A case study of Anandi Introduction Eastern Coalfields Limited (ECL) with its head quarter at Sanctoria near Asansol is one of the 8 subsidiaries of Coal India which is engaged in the mining of Coal in the state of West Bengal with two additional mines in Jharkhand as well. ECL carries out its mining activities through several Areas under the administrative control of a General Manager.

The particular project as a part of CSR intervention was started at Jemeri, one of the gram panchayat under Raniganj Development Block and is adjacent to Satgram Area of ECL. SHG experience with the women in the developing world has seen humble success and in general, any intervention associated with the women finds social acceptance and with their dedicated effort, several successful business models have taken shape as well.

Hence a focused approach on women centric project in order to create a sustainable livelihood model specially for the low-income households led to the formation of Anandi (the joy) at a community hall of Jemeri Gram Panchayat office under Raniganj Development block. The centre lies just 3 kms off the Grand Trunk (GT) road connecting Kolkata and Delhi and is located in the periphery of the operational coal mines of Satgram Area, ECL.

It is situated in between Asansol and Raniganj and is roughly 10 kms away from both the towns. The expenses for the 03 year long project is borne by ECL through its CSR funds while the project is implemented through, Sri Sri Ravishankar Development Programme Trust (SSRDPT) , a Bangalore based registered trust which coordinates the entire project on behalf of ECL and also does the documentation for the project.

The project is jointly monitored by ECL management and Jemeri Gram Panchayat. Structure and governance of the enterprise Anandi- The SHG led tailoring project at Jemeri Gram Panchayat commenced from Jan 2019 onwards as a CSR project of Satgram Area , ECL with SSRDPT as the implementing partner.

The project has two modules: 1. Training & 2. Production Once the 04-month long training is over, the order is placed by the Dishari Co-operative Society which is vested by the Raniganj Block Development office to deliver the school uniforms to the Government schools (both primary and secondary) as per the pre-determined notified Government rates. Conclusion The SHG experience in India has been limited to credit linkages by various Banks through Government programmes. The skillset of the SHG’s can be developed and utilized to address the local market needs.

The hand holding of the groups is an important feature since the market driven approach is new and requires informed decisions to handle the uncertainties. SHG led enterprises will not only help develop a sustainable income model but with the backing of the generated corpus would also then, make more sense to provide credit facilities in their entrepreneurial efforts. SHG-led enterprise is easily replicable at the rural level and cater to the needs of the local market primarily through Government orders.

The protected institutional markets are important for the group to gain confidence and much needed experience before venturing out in the open markets. The enterprise can scale up or diversify once it is competitive enough and has enough risk bearing ability for the uncertainties of an open market. There are several Government programmes and mandates focused on upliftment of the weaker sections of the society.

The alignment of all such available means in order to create a sustainable model at the grassroot level can result in favourable outcome for all the stakeholders. The strengthening of SHG’s specially in the non-agricultural sector with a focus on capacity building through skill development trainings and most importantly leveraging the same for an income generation will lead to women empowerment as well.

The SHG led enterprises at the rural level has the potential to addresses multiple issues concerning the rural women and the humble beginnings of Anandi will be trying to address the same in years to come and in due course will be a great learning experience for all the diverse group of people and the institutions involved in the process. * * *