Role of a Citizen in Infrastructure Development 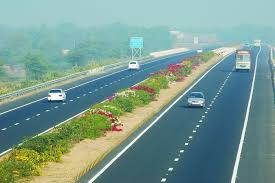 Infrastructure Development – Need of the hour
In 2015, I came to Chhattisgarh’s small city Jangir Champa.It is famous worldwide for it’s Kosa Silk. My parents stay here. The city has two to three big thermal power plants which cater to the electricity needs of the state as well as the country.

The road connectivity in the state is extremely poor due to which the socio-economic development lags in all aspects. The poor facilities led to an extremely narrow mindset and a very superstitious world in the state.

In view of the grievance regarding road development, I posted on Grievance Redressal Portal of Central Government. The government officials were also contacted for the same. Finally, the grievance was accepted and a four lane highway was created from Jangir to Bilaspur and further extending to Raipur.

The cemented roads of the highway reduced the travel time to almost an hour. It is also increasing economic activities such as opening up of new car showrooms, food and grocery stores, and many others which are creating convenient options for the people in terms of basic necessity. The new highway also aims to bring new commercial projects to the city which would generate more employment for the local people.

I took this small initiative to develop basic infrastructure in the city and thus, bring smiles to every community of this area by providing a convenient access to daily needs and even branded items.