Revamping Schools To Curb Child Marriage: How An IAS Officer is Transforming Rajasthan 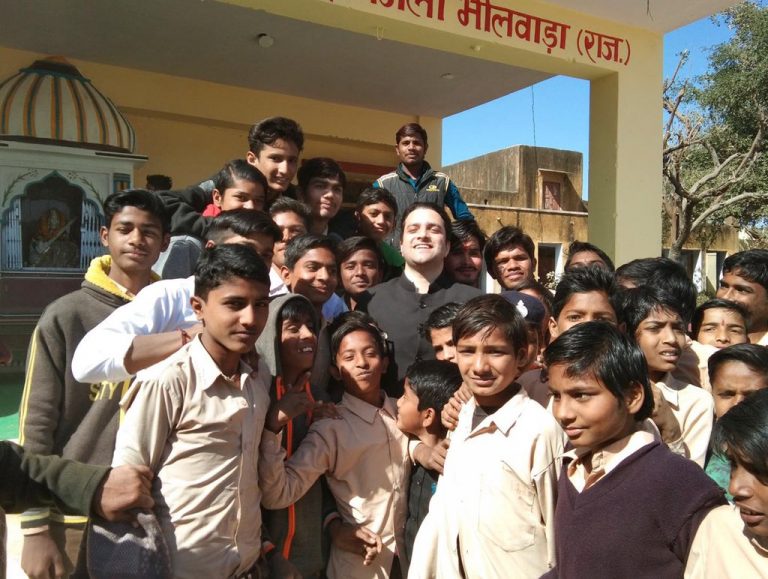 Rajasthan has witnessed major social evils like child marriage, dowry, untouchability, lack of education for girls, and so on… for many decades now. Ironically, all these malpractices continue to prevail in many parts of the state even to this day. In the Dalit community, most girls are not allowed to go to school, while on the other hand, most of the upper caste families prevent their daughters from studying further after completing primary and secondary education. Sadly, the spectre of child marriage is still haunting most of the SC, ST and OBC communities.

Rampant discrimination against Dalits and payment of dowry in marriages across castes continue even in the 21st century. However, several social activists and young administrators are working towards overcoming these social evils today. Rajasthan’s Bhilwara district is one such district where things have been changed dramatically ever since a young IAS officer, Athar Aamir Khan, took charge as the SDM of the newly created Badnor subdivision.

A Kashmiri-born 26-year-old, Athar Aamir Khan, became a household name after he secured the second rank in civil service exam in 2016. Last year in December, Athar assumed position as an SDM in Badnor, which is around 80 Km away from Bhilwara district. While speaking to the people of Badnor, I came to realize how lucky they are to have Athar as an SDM in their tribal-majority area; the latter is working on several fronts, to curb the prevalence of child marriage, reform the education system, put an end to illegal encroachment and maintain panchayat discipline. However, his prime focus is to build a new educational environment, which is of course very commendable.

Sunil Mali, who is from Badnor, praised Athar’s remarkable job stating that the way he tackles the angry mob is absolutely remarkable. “I have never seen Athar in an annoyed mood. He is a very calm and cool officer. Athar’s first priority seems to reform the education system and promote girls education in our area. With his conscious efforts and contribution from locals, almost all our government schools have got study furniture in our subdivision. He often holds meetings with teachers and asserts to improve education and bring awareness to fight against child marriage in their respective areas. His effort towards transforming government schools and encouraging child education is like a metamorphosis in our zone,” Sunil said. Child marriage is a longstanding problem in Rajasthan, and Bhilwara is one of the worst affected areas all over India, where more than 50% of girls are married off before reaching the age of 18.

Athar has directed all the police stations in the district to keep an eye on the occurrence of child marriages and ordered appropriate action to be taken against this harmful practice and the accused families. He has also set up a control room which is monitoring incidents of child marriage. Sharing the details of one such incident, Sunil said that recently Athar had secretly arrived at a marriage function and not only did he immediately stop the marriage and free the minors from the shackles of the wedding, but he also fined the accused families under The Prohibition of Child Marriage Act, 2006.
Athar has shared his own stories on social media many a time. While sharing his campaign against child marriage, Athar wrote the following Instagram post, “This time of the year is marriage season in Rajasthan and also, unfortunately, the time when child marriages peak. As a part of our campaign to end the menace of child marriage, we are holding these meetings and interactions with people in every gram panchayat of our subdivision to bring awareness about the issue. We have also set up a control room and are monitoring all GPs round the clock. Though the issue is very complex and has not just one but a number of root causes we hope with motivation and strong enforcement of law we will be able to make a dent this time around!!”
An IAS aspirant, Monika Rajpurohit, who hails from Badnor, said, “We are lucky to have such a great officer like Athar in our newly created subdivision, whose tireless efforts have significantly changed many things in our life. We have been seeing a poor education system, lack of school infrastructures, gender inequalities in schools, but now students are getting study tables, books, computers and even libraries are being made for the public. Things are changing gradually and we are very thankful to Athar for working towards a better future of our generation.”

The article has been extracted from: