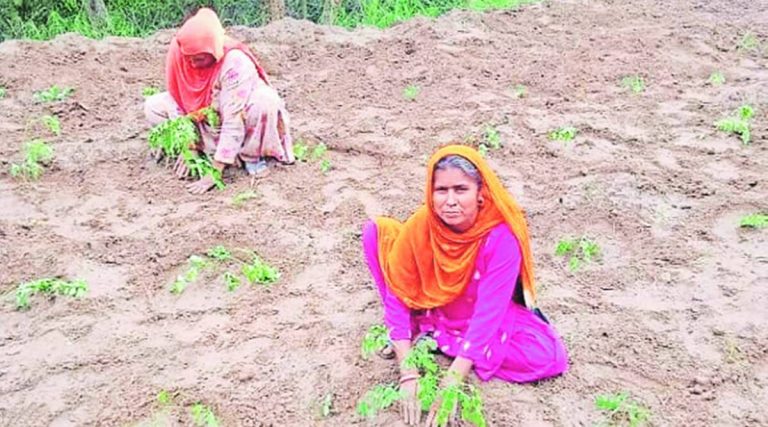 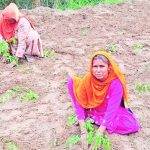 Background: During COVID-19 pandemic, India has witnessed renewed interest in traditional medical practices. India is a gold mine of medicinal plants and a rich repository of traditional medicinal knowledge is archived in Indian systems of medicine (AYUSH), for example, Ayurveda, Siddha, Unani, Sowa-rigpa, and Homeopathy. This renewed interest has led to increased demand for medicinal plants and their extracts.

Medicinal plants are also being used in pharma and cosmetic industries. Although the domestic trade of the AYUSH business is said to be about Rs. 80 to 90 billion every year, but except few states (Rajasthan & Madhya Pradesh mainly), this huge opportunity is not being tapped by the farming community of India. The farmers of Himachal Pradesh also remain largely untouched by this booming market. Himachal Pradesh is one of the gigantically potential states for the cultivation of medicinal plants since it has natural gift of an assortment of climatic conditions. Thus, it is perfectly poised to cater to and benefit from this market opportunity.

In order to harness the locational and climatic advantage of District Una and tap the already available large and booming market for medicinal plants, District Administration Una under the leadership of Deputy Commissioner Una has initiated a project in the year 2021 for the diversification of crops grown by the local farmers through Project “SANJEEVANI”. The first location selected for the project is Gram Panchayat Behad Jaswan in Block Amb. The project is a brainchild of Deputy Commissioner Una, Mr Raghav Sharma, IAS, to bring in convergence of available resources and knowledge of various Departments and agencies.

The efforts of Agriculture Department, AYUSH department, District Rural Development Agency (DRDA) and local farmers have been converged through Mahatma Gandhi National Rural Employment Guarantee Scheme (MGNREGS). Through the Sanjeevani project, we aim to promote high value structural transformation/ diversification within agriculture sector in Una district towards Medicinal Plants, with Behar Jaswan Cluster in Block Amb acting as an epicentre for the transformation. B. Need for Sanjeevani: We chose to work on cultivation of Medicinal Plants due to the fact that medicinal plant cultivation doesn’t attract wild animals especially monkeys and the market of medicinal plants especially spiked during COVID-19 pandemic, leading to a huge market opportunity for our farmers.

It was noticed that there is a scheme for cultivation of medicinal plants under the National AYUSH Mission which provides subsidy on cultivation of medicinal plants but the off-take for the scheme is not at large scale due to various limiting factors. One reason is the limited nature of subsidy which is calculated not on the actual cost of plantation but as per scales fixed by the Government, for example, subsidy of Rs. 10977 per hectare (assumed to be 30% of plantation cost) is paid to the farmers under this scheme for Asvgandha plantation. It turns out that the cost of one sapling of Ashvgandha of Nagori variety is Rs. 5/plant and 3,38,000 plants are accommodated in a hectare resulting in actual plantation cost of Rs. 16.9 lacs/ hectare.

Further, this scheme provides financial benefit to farmers for only 6 notified medicinal plants in District Una. Over the last 2 years of implementation of this scheme in the District, this benefit amounting to Rs. Rs. 6,48,560 could be extended only to 11 farmers for an area of 19 hectares. If cultivation of medicinal plants is to be promoted on a large scale, it was felt that an innovative method has to be devised for attracting farmers to join this movement for high value crop diversification. Thus, the “Sanjeevani” Project was designed and initiated by Deputy Commissioner, Una in the year 2021 with the following goals:

• Increase in income of farmers by upto 30% per year

Under the Sanjeevani project, a District level coordination committee was formed by the Deputy Commissioner Una in February 2021 to provide guidance to the farmers of Behad Jaswan Cluster, Development Block Amb for cultivation of medicinal plants on un-developed/waste lands through MGNREGS. The aim was to bring together all the departments on a common platform and make concerted efforts for results in the field. The District level coordination committee has representatives from Agriculture Department, AYUSH Department, DRDA, RCFC-Northern Region Jogindernagar and Indcare Trust.

The Indcare trust is a private entity which is working in the Behad Jaswan area of the District and operates a farm and nursery of medicinal plants. Its operations are run by Mrs Reeva Sood, who is a women entrepreneur. A kick-off meeting was held on 17.02.2021 under the chairmanship of Deputy Commissioner Una to expose all stakeholders to the market opportunity for medicinal plants. The Committee initially deliberated the modalities of the plantation, the area to be chosen and number of the farmers to be associated with the project. The cultivation of Ashwagandha and Moringa was chosen in consultation with various stakeholders due to the climatic conditions of the area and market potential of these crops.

Every part of the Ashvangandha plant has commercial value including its flowers, leaf, stem and root and it has a shorter maturation period. The Moringa plant is rich source of vitamins and minerals and its leaves can be harvested for several years. Due to this high value commercial value of these plants, they were selected for the cluster. A workshop was held by the committee with the farmers of Behad Jaswan area on 12.03.2021 along with the Panchayat representatives to motivate them and plan out the modalities of the project. The active involvement of local Panchayat was the crucial factor in convincing the farmers.

Thereafter, special exposure visits to the nursery of plantation material at Behad Jaswan, were organized to assure farmers about the scope of plantation. A buyback arrangement was finalized with Indcare Trust after discussions held with RCFC-Northern Region, Jogindernagar and DRDA Una. Waste/ uncultivated land of 21 farmers was developed under MGNREGS and the plantation was undertaken during the monsoon month in August 2021 since the irrigation in the selected area is rainfed. The supply of plantation material was managed through nursery of Indcare Trust located in the Behad Jaswan Area and the payment was made through MGNREGS resulting in zero input costs for the farmers. 21 no. of farmer families joined the initiative and planted 77400 medicinal plants of Ashwagandha and Moringa collectively.

The plant varieties used were Nagori variety of Asvgandha and NPKM-1 for Moringa. Approximately 2.7 hectares of previously uncultivated/waste area was brought under the cultivation of medicinal plants. The land development was done through NRM works under MGNREGS. Total expenditure of Rs. 14,17,125 was made for the project under which 62,950 plants of Ashvgandha and 14,450 plants of Moringa were planted. The plantation material cost was Rs. 5,29,000 and wages of Rs. 8,46,125 were paid to the farmers for the plantation activity.

Regular visits were made to the fields by the AYUSH Department officials and Panchayat representatives after the plantation activity. Deputy Commissioner Una held a workshop with the farmers and the department officials on 08.11.2021 and made visits to the fields of several farmers himself where the survival of the plants was found to be good. The Ashvgandha plants were found to be flowering well and the Moringa plants have developed good leaves. A training program for harvesting of crop by the farmers has been held in the field on 12.11.2021 by the AYUSH Department.

The harvesting of the crop of Asvgandha will take place in the month of February 2022 and the entire produce will be bought by Indcare Trust. D. Impact The Sanjeevani project has extended superior benefits to the participating farmers compared to the existing scheme of the AYUSH department. Due to the innovative use of MGNREGS and use of uncultivated waste land, other panchayats like Chowki Maniar have started to come forward for medicinal plant cultivation in the District. In the year 2022, we aim to motivate more farmers to join this movement which would surely boost the farmers’ income.

The project has been covered here: https://indianexpress.com/article/cities/chandigarh/farming-a-miracle-7658076/