Over 63,500 schools have gone digital in Maharashtra 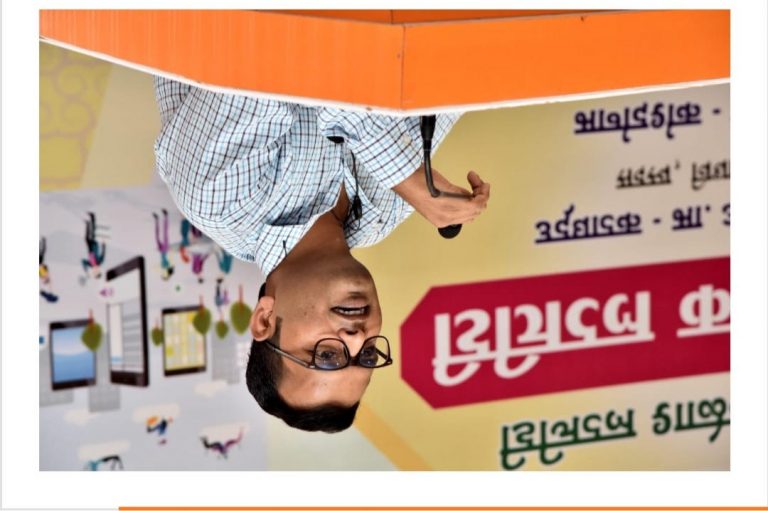 More than 63,500 schools in Maharashtra became digital up to June this year, Chief Minister Devendra Fadnavis said here Wednesday. He called for laying more emphasis on e-learning and e-school projects in the era of Information Technology. Fadnavis today chaired a review meeting of school education department at his official residence ‘Varsha’. School Education Minister Vinod Tawde, Additional Principal Secretary of the School Education Department Vandana Krishna, among others, attended the meeting.
“In January 2016, more than 10,000 schools became digital. Now at the end of June this year, more than 63,500 schools have gone digital. In the coming days the students should get facilities like e-learning and e-school. The school education department should work in this direction,” he said. The CM said that advance educational initiatives are being implemented to enhance academic quality and that the efforts are to be taken to raise the study standard of students.
Initiatives like Basic Reading Ability Development, will help teachers to know the capacity of the students, he said. Sindhudurg and Ratnagiri districts are at the forefront according to the National Performance Survey, he said.
“This percentage should increase in other districts also,” he said. Tawde said the “Avirat” project is being implemented by school education department and in the first phase, over 40,000 teachers have been imparted training. The second phase of “Avirat” project is commencing soon, he said.

The image is of Mr Sandeep Gund who triggered this revolution. Here is the story behind the Digital Movement in Schools of Maharashtra –

The little hamlet of Pashtepada in Thane district often doesn’t have electricity, but the little zilla parishad school in the village is a humming laboratory of sorts, a projector hanging from the ceiling of a classroom, speakers mounted on each of the four walls, a pile of ‘talking’ Balbharti textbooks sitting on the teacher’s table and a WiFi router blinking nearby. In this hamlet located 90 km off Thane city, ever since Sandeep Gund (28) set up his ‘Child Theater Classroom’, the number of school dropouts has been zero.

On the eve of Teachers’ Day, the villagers are happy to note that the children simply don’t want to go home, a far cry from the 50 per cent average attendance when Gund took charge of the school eight years ago.
As Gund asks, “Who wants to write the answer on the board?”, all hands shoot up. All of 10 years, Lavanya struts to the front of the class and scribbles her answer on the e-board — an interactive digital whiteboard. The remaining students follow the lesson on their tablets. Later, when the school day ends, the children linger around and practise lessons on tablets. One student picks up a ‘talking’ book and taps the teacher’s cellphone on a chapter. A video comes alive on the screen and students huddle around to watch.
Gund says this is a typical day in the state’s first digital zilla parishad school, which he helped set up in 2010 through public money, a model now being replicated in other zilla parishad schools.
Having completed an MA in Marathi and a BEd, Gund admits he was initially skeptical about his first posting in 2009, owing to the remote location. At the time, Pashtepada did not have access roads. “I was reluctant to join the school in Pashtepada,” remembers Gund. After some coaxing by cluster head Mahendra Dhimte and colleague Pandharinath Dongre, he joined, and brought with him a determination to make a difference.
“The biggest challenge was getting children to attend classes,” says Gund. With the help of Dongre, he conducted awareness workshops and health camps with the parents. “Even though the parents were convinced, the children were still not interested enough,” he says.
Then the hamlet got its first television set, and Gund cracked the problem. “The children would spend hours in front of the TV even if they didn’t understand the language or the content,” he says. Gund approached an NGO and set up a second-hand desktop in a classroom. This led to an immediate spurt in attendance, inspiring Gund to develop a fund-raising model. The plan was to convert the school into a digital school.
Undeterred by his meagre pay of Rs 3,000 a month, the teacher, along with the village sarpanch, approached parents, NGOs and corporate philanthropists. Putting social media to good use, he raised enough funds to set up a projector, buy a few tablets for the children, install a solar panel and compile a digital library with 1 TB worth of content.
“The villagers helped in whatever way they could. They helped in the renovating — construction and painting — of the school building,” says Gund. “We were touched by the villagers’ gesture.”
The digital classroom established in August 2010 elicited a further rise in attendance. The response spurred Gund’s research on the impact of digital schools on children. He spent the next six months documenting the rise or fall in students’ attendance, attention span and academic performance. He then compared his findings with results from traditional methods of teaching.
“It traditionally takes two months for children in Class 1 to learn alphabet strokes, but with the tablet, they
picked it up in a week,” says Gund.
His research observations were hailed by the State Council of Educational Research and Training and Gund was entrusted with the task of training teachers of zilla parishad schools. In time, other recognitions came. In January 2015, Gund received the Innovative Teacher Award from former President APJ Abdul Kalam and, in March, President Pranab Mukherjee conferred him with the Srishti Samman.
Today, Gund’s training has helped set up 11,200 digital schools across Maharashtra. “In total, all the schools have been able to raise Rs 110 crore through public contribution,” says Gund.
Gund’s enthusiasm has survived the test of time. Two days a week, he trains teachers in remote villages. The rest of the time he is teaching and researching. “I had always wanted to be a teacher,” reminisces the teacher who hails from Anna Hazare’s hometown Ralegan Siddhi.
“I have learnt a lot from Anna Hazare. He always tells me that one should never stop learning or sharing knowledge,” says Gund.
The ‘talking books’ is one of the many methods he has created. He has used Near Field Communication, available in the market for 50 paise a chip, and programmed them to play videos related to chapters. Another model he plans to propose to the government would cost around Rs 30,000 per school. “If each school is provided with one tablet and one projector, it will make a lot of difference,” proposes Gund, who hasn’t given up on research work.
His ongoing research has found that digital classrooms render better results with an activity-based learning model. “Digital schools need not be restricted to pre-recorded content. Teachers should plan the content instead of just playing a video. They need to modify the content and engage students in exercises,” explains Gund. According to him, the biggest challenge for a teacher is to keep up with technology.
“During the training workshops, we come across many teachers who are resistant to change because of an inherent technophobia,” Gund says. “There is a need to bridge that fear and look at the various possibilities.”
State Education Secretary Nand Kumar said Gund is one of the ‘star’ teachers in the state. “Thanks to the pro-active measures of such teachers, we can hope to change the education machinery for good,” said Kumar.
Kumar said the state in September 2015 issued a resolution for cluster heads to identify innovative teachers in all of the 6,170 clusters across Maharashtra. “Two teachers have been selected from each school for further training,” said Kumar. The state has now built a network of 39,000 such ‘tech-savvy’ teachers who are learning from each other and implementing innovative teaching techniques in their schools.
Source – https://indianexpress.com/article/education/in-maharashtras-first-digital-zilla-parishad-school-no-dropouts-3014123/