One Village, One Pond initiative: In drought-prone Jhansi, 325 ponds revived under MGNREGS 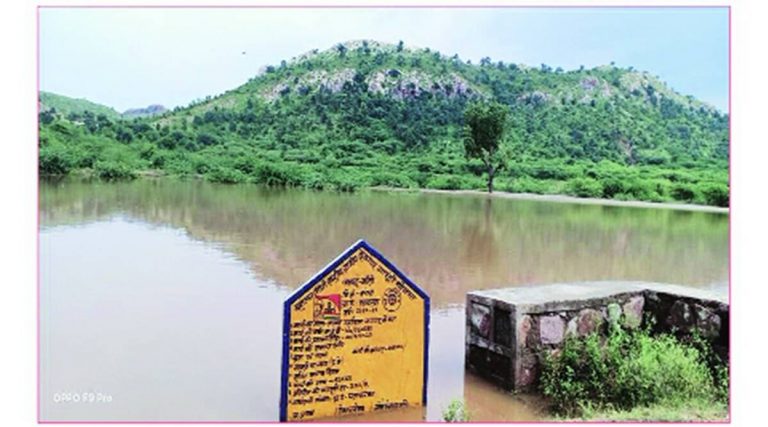 As many as 325 ponds have been revived in drought-prone Bundelkhand’s Jhansi district under “One Village, One Pond” initiative launched by the district administration.
Jhansi District Magistrate Andra Vamsi said that 11,000 migrant workers, who had returned to the state during the coronavirus-induced lockdown in the months of April and May, were employed in the pond-revival work.
“The basic idea behind the initiative to revive ponds in the district was to have one pond in good condition in each gram panchayat of the district. There are a total of 496 gram panchayats in Jhansi. Till now, we have finished work on 325 ponds in phase one of the initiative. We are giving finishing touches to the remaining 171 ponds,” said Vamsi, adding the district turned the lockdown into an opportunity.
The work was carried out under the rural employment guarantee scheme.
“Till now, 1.12 lakh people in the district have received employment under the MGNREGA scheme because of this initiative. Under the MGNREGA scheme, these workers were paid Rs 182 for a day’s day. We have spent around Rs six crore on the revival of ponds in the district,” said Vamsi.
The revival of the water bodies will help improve the groundwater level in the Bundelkhand region which is prone to drought, according to the district administration.
“The district has just one source of water – the Betwa river. With this scheme, the district will have water for irrigation and other purposes during the drought and the ponds will improve the groundwater level. The idea was to have better groundwater harvesting with the revival of these ponds. Some of the ponds that we have developed did not even have water when work started. So, we have built them from scratch. We will be evaluating the worth of a pond based on its depth,” added Vamsi.
According to the DM, the ponds are spread on one to three hectares of land with the maximum depth being eight metres, and minimum three metres.
The story has been extracted from https://indianexpress.com/article/india/bundelkhand-jhansi-one-village-one-pond-initiative-6593174/