Milk is Necessity Not Luxury. 7 weeks of #milk4infants initiative

The government and the NGOs are providing dry ration to the poor and needy, but the issue of nutritional needs of women and children has not been dealt with. There are many Adivasis (tribal) women who are getting dry ration, but they also need milk because they can’t feed solid grains to infants and toddlers,” said Amar Singh, 26, who is the founder of the Revolutionary Youth Club.

For the last one year, the club – comprising 20 volunteers – is looking after the cleanliness and educational needs of tribals in Jharkhand. Amar is a station master, who lives in Barkakana in Ramgarh district of Jharkhand. As per the 2011 census, Jharkhand has a population of around 3.3 crore, of which around 1.6 crore are women, and around one-third (50,58,212) of these women are malnourished. The population of Ramgarh stands at 949,443, of which around 48% are women. Tribals form a large share of this population.

The team has provided milk packets to over 1,000 women in tribal areas. According to the National Family Health Survey 2015-16, the number of malnourished children is increasing in Jharkhand — 71.5 per cent children in rural areas aged between 6 and 59 months are found to be anaemic, 67.3 per cent women in the age group 15 – 49 years are anaemic, while 85 per cent of Adivasi women are anaemic.
Recently, as a relief measure during the COVID-19 pandemic and the subsequent lockdown, the Jharkhand government had announced to provide two months ration in advance to the beneficiaries of the public distribution system. But there are women and infants who also need milk besides ration.
To address the nutritional needs of women and infants during this crisis, Amar has been providing milk packets and biscuits in the tribal-dominated areas of the state. He has distributed over 1,800 milk packets and 4,500 biscuits in the tribal stretch of 10 kms in Ramgarh.
Amar and his team has provided over 4,000 biscuits and 1,800 milk packets to tribal women and children in Barkakana
“Women in tribal areas can’t afford to buy milk or Cerelac for their infants. Instead of milk, they give a mixture of semolina and water to the infants. Some give maad bhaat (cooked rice water) to their children or pulse water,” said Amar, who has helped over 1,000 tribal women by providing them with milk packets. He added: “These tribals don’t understand the importance of essential nutrients. They are feeding their hungry children whatever food is available with them.”
With all sources of avenues closed, the lockdown has affected the livelihood of these tribals in Jharkhand. They can’t buy milk and look after their overall health and of their children.
According to the World Health Organisation, mothers should breastfeed infants for the first six months to achieve optimal growth, development and health of the child. But there are many women who are forced to breastfeed even after six months. Amid this lockdown, the overall health of these women may also get affected considering they don’t have money to buy milk for their kids.
The team has distributed over 4,000 biscuit packets to children. “I met one woman who told me that she was advised to feed milk to her child for six months. However, she is still breastfeeding her kid. She can’t afford to buy milk daily. The health of many such women is getting affected because of this,” said Amar.
“We distribute milk packets so that either the mother or the child could consume it. Besides, we also make women aware about their health and how important is milk consumption for both the child and mother,” added Amar, who, along with his 12 volunteers, visits tribal areas to distribute milk packets daily and spends 10% of his monthly salary to procure essential items.
Earlier, the volunteers decided to pool in some money so that they could distribute at least 25 litres of milk every day. But when they started distributing milk packets, they felt that there are many more who might need help. So, they started posting videos on social media and got financial support. People not only from Jharkhand, but also from other parts of the country helped them. They started distributing these packets after the 21-day lockdown was extended on April 18 so that tribal women do not miss out on proteins and nutrients.
With the help of 12 volunteers, Amar (second from the right) distributes milk packets in the tribal areas daily
Talking about the challenges while distributing milk packets, Amar said: “Since most of the production units are shut, procuring milk packets and biscuits is a little challenging. We collect milk packets and biscuits from many shops. Since these are perishable goods, we can’t store these for days. We have to step out daily to procure these. Besides, we don’t know if these women are drinking milk themselves or using it for their families. When we distribute packets, many women whose children are 3-4 years old ask us for biscuits for their children as well. Kids come running to us when we visit them on our two-wheeler. It becomes difficult for us to say no to them. Also, sometimes when we have fewer packets, we get mobbed and people start arguing. It becomes difficult for us to provide packets to all of them daily. We need to understand that milk is a necessity and not a luxury,” said Amar.
During this lockdown, many migrants, including women and infants, have been coming into the state through railway tracks. Since Amar works with the railways, he keeps a tab and provides milk packets to these women who have travelled long distances.
“Besides these tribal women, we give milk packets to the elderly and those who are paralysed and can’t chew. When we visit a community, say, that has 100 people, there would be 10 women who have new-borns, and 3-5 elderly who would need milk because they can’t eat. The government must address the nutritional needs of tribals besides providing them with dry ration,” he summed up.

This article has been sourced from Gaon Connection. You can read the original article here: 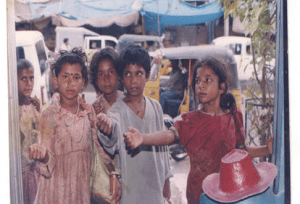 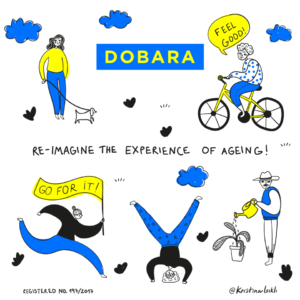 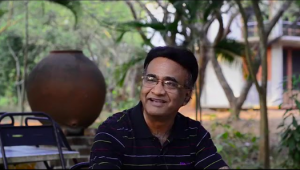