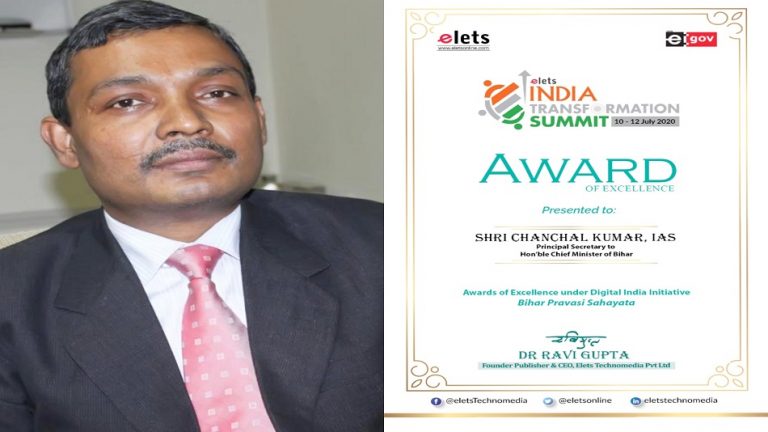 Bihar- being the country’s second most populated state, as well as the most densely populated state, suffered heavily during these unprecedented times of COVID-19. The state had a massive challenge to fight the ever increasing suffrage and cases of the infectious disease.
Moreover, the unexpected lockdown has left more than two million migrants from the state of Bihar stranded across various states. It had become a challenge of survival for these individuals, as multiple operations in various industries were shut down. The state was facing a daunting task of managing both the medical as well as humanitarian crisis.
A ray of hope to Bihar
In these dark times, there was a light in the form of IAS officer Chanchal Kumar, an IIT Kanpur alumnus, with a Master’s Degree in Computer Science from IIT Kanpur as well as another Master’s Degree in International Development Policy and applied Economics from Duke University. He had successfully and effectively managed to implement ideas and also mitigate the effect of this virus on people.
Chanchal Kumar, recently on Saturday was awarded Excellence under Digital India Initiative at Elets India Transformation Summit, for effectively providing help to the people of Bihar with the help of Bihar Pravasi Sahayata Yojna. The IAS officer played an important role in being able to deliver Bihar government’s interim relief to the bank accounts of over 21 lakh migrants. And this was done even before they reached their home state.
He had created a very simple application form, which was made reachable to the people of the state through a Bihar Government App. The stranded migrants were required to simple fill in their details, and the money was instantly credited through direct bank transfer. Geo-location tagging was done by the application to electronically verify the location as mentioned in the application form.
The initiative worked effectively, both due to its speed and accuracy in order to help the relief reach the individuals in a timely manner. Chanchal was also affluent in playing a role, for the smooth coordination between state and the railway authorities when the special train services was launched. Through this effort he managed to ensure the return of over 2.5 million stranded migrants back to their home state.
Chanchal Kumar has been well known for his ever successful Poverty Alleviation Programs, as well as playing influential part in the development of excluded communities and empowering the marginalized sections. Creating transparency while working and implementing strategies has played a critical part in his work ethics and culture.
The article has been extracted from https://www.indiatoday.in/education-today/news/story/iit-kanpur-alumnus-wins-digital-india-award-for-helping-two-million-stranded-migrants-from-bihar-1699740-2020-07-12