How Haryana has streamlined the delivery of 500+ schemes and services 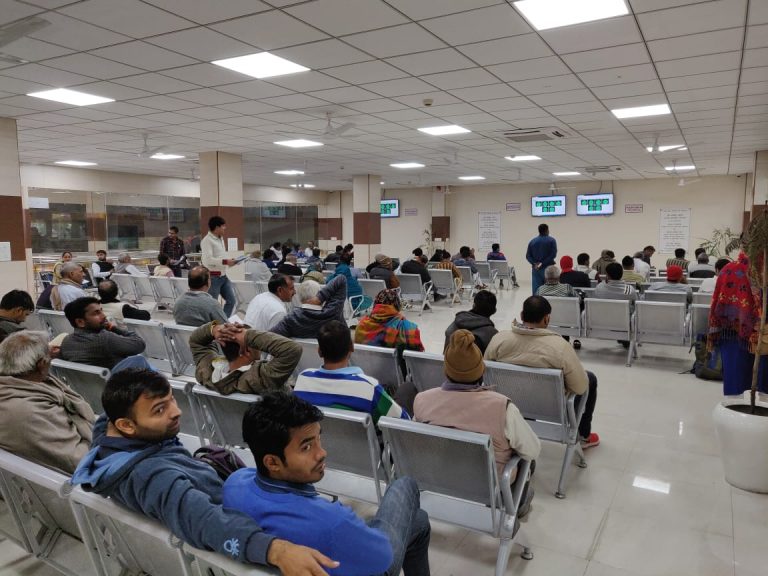 Introduction
Imagine a senior citizen trying to get her pension but being unable to do so because the name in her bank records doesn’t match her Aadhaar card. The unorganised records can make you picture her waiting in a long line at a government office unaware of process. This confusion is mirrored in citizens across the country, being a barrier for the efficient delivery of thousand government schemes and services.
The plight of a government official is not much better either. Most officials spend much of their time dealing with repetitive queries, firefighting, rejecting incomplete or incorrect applications, or making sense of applications that come from multiple sources in various formats.
This led to the thought of government-citizen interaction being redefined in a way that it is transparent, efficient, and actually requires little interface intercation. The Government of Haryana wanted decided to ponder on this thought and provide a solution.
Design of the Solution
The Government of Haryana’s approach to streamlining public service delivery in Haryana was aimed at achieving three things which are accessibility, convenience and efficiency. Samagra’s Digital Haryana Cell supported the government in this project. ‘Samagra | Transforming Governance’ is a mission-driven governance consulting firm. The state government essentially wanted a citizen to get all information related to schemes and services in one place, apply for it without even having to visit a government department and get regular updates on application processing. Similarly, for a government official this meant receiving applications from one source in one format rather than from multiple sources, ensuring maximum time is spent on processing applications rather than public dealing and receiving feedback from citizens on service provided.
To implement their vision, The Digital Haryana Cell collaborated with NIC Government of India & NIC Government of Haryana to develop an integrated online platform called Antyodaya Saral which allows a citizen to apply online for more than 500 schemes and services across 36 Government Departments. Instead of roping a new and costly vendor, the team worked with the Government of India’s Service Plus platform that was easy to use, can configure and integrate with existing tech systems and is scalable. It also had the features required to design an end-to-end workflow for departments which didn’t have proper internet connectivity. Additionally, 115 government-run physical touchpoints at district headquarter/tehsil level called Saral Kendras as well as 6,000+ Common Service Centres at village/ward level were revamped to use the same platform to receive and process applications.
Other Design components:
Implementation
Impact
Overall, the impact of Antyodaya Saral is that there has been 15% increase in applications received and 16% reduction in processing time from mid-2018 to mid-2019 and further positive change is expected in the coming months.
Antyodaya Saral is replicable across all states as the core product has been developed by NIC GoI and NIC Haryana. It represents a paradigm shift towards making citizen service delivery cashless, paperless and faceless, hence fully aligned with the goals of Digital India.