Had it not been for its IAS officers, Kerala’s flood damage would have been worse 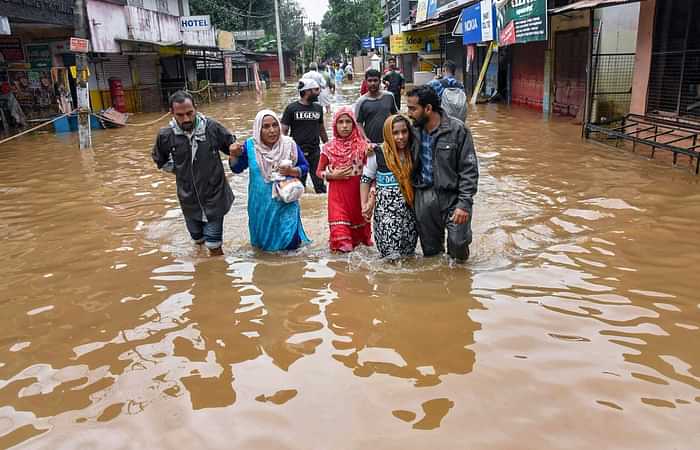 The one thing that stood out during the devastating Kerala floods was the effective response of the civil administration, especially when compared with poorer and flood-prone states like UP and Bihar.
The grit and commitment of young IAS officers leading their teams into relief and restoration operations against the havoc of the floods were striking.
The district collectors in the state, especially central Kerala which faced the brunt of the floods, have led from the front and have been proactive and accessible to the citizens. All the 14 districts have active official Facebook pages, set up even before the floods. T.V. Anupama, the district collector of Thrissur, for example, has been regularly posting updates on the official Facebook page to address the issues of the citizens especially in the affected parts such as Mala, Chalakudy, Kodungallur, and Annamanada.
The state government along with Kerala State IT Mission launched a rescue website in the second week of August.
Food safety commissioner M.G. Rajamanikyam and sub-collector N.S.K. Umesh were seen unloading many rice bags at the Wayanad collectorate office for distribution in relief camps. Others like Raja Gopal Sunkara, a young sub-collector of the Padmanabhapuram district waded through deep waters to guide rescue operations.
Hari Kishore, a former district collector of Pathanamthitta, was sent as a special officer by the state government to assist the relatively new district collector P.B. Nooh. This was an example of innovative quick thinking by the state bureaucracy. The two officers worked together and were in the control room from 5:00 pm to 04:00 am and took quick real-time rescue decisions.
The prompt response of the civil administration in Kerala has been due to the District Disaster Management Plan (DDMP) set up by each district in 2015, approved and overseen by the Kerala State Disaster Management Authority. Each district plan made a hazard and vulnerability assessment, capacity analysis, institutional arrangements, crisis management framework, response matrix, and responsibility matrix. This also includes prevention and mitigation measures.
This gave rise to structurally and functionally administrative units at the district and taluk levels. The response plans included procurement of essential resources, the establishment of communication links and dissemination of information to the public. The DDMP is in accordance with National Disaster Management Act, 2005, Kerala State Disaster Managment Rules, 2007 and Kerala State Disaster Management Policy, 2010.
Kerala did not let the guidelines of National Disaster Management Authority remain just on paper. It is imperative that flood-prone states like Uttar Pradesh, Bihar, Assam take similar action. Tamil Nadu was forced to give importance to disaster management only after Chennai, Kanchipuram and Thiruvallur districts were flooded in 2015.
On the other hand, the website of the UP State Disaster Management Authority shows DDMP for only 10 districts out of the 75 districts in the state. And if you click on the plans on the website, the pages don’t open. The state faced floods in 24 districts in August 2017. The civil administration in these districts was unable to cope with it and had to depend on the Army and National Disaster Response Force (NDRF) even for normal relief operations. In Kerala, on the other hand, normal relief operations were handled by the civil administration; the army only handled the critical relief operations.
The website of the Bihar Disaster Management Authority shows DDMP of only one district – Madhubani – out of all its 38 districts.
In stark contrast to the northern states, Kerala has a high level of community engagement and civic participation — citizens are voluntarily collaborating with state administration to provide relief. Compassionate Keralam, a group of about 6,000 volunteers, is playing an important role in helping the state government with relief work. The volunteers operate through the Facebook page called Kerala Floods 2018.
When the fishermen of Kerala came forward to help, the civil administration transported the fishermen to central Kerala for rescue operations.
But, the civil administration in Kerala cannot absolve itself from the delay and negligence in the release of water from the 39 dams from July when the levels had reached 85 percent of the capacity. Heavy rainfall had been predicted. The damage from the floods could have been lessened by 30-40 percent if the water had been released from the dams sooner. The water was released from the dams only when the danger levels were reached. The administration should also be made accountable for not putting restrictions on rampant mining, quarrying, and use of land for non-forest purposes, which were responsible for landslides in north Kerala.
The Kerala administration now needs to tackle the problem of providing potable water on an urgent basis. Chlorine tablets would need to be distributed in large quantity for sanitising water for domestic use. The state must set up a rehabilitation fund for providing loans on low interest for reconstruction. A large number of skilled carpenters, electricians and plumbers have to be made available to make people’s homes operational again.
The hands-on synergy that was visible between the political executive, bureaucracy, and citizens during rescue and relief must now be deployed for reconstruction too.
Source: https://theprint.in/opinion/had-it-not-been-for-its-ias-officers-keralas-flood-damage-would-have-been-worse/105374/