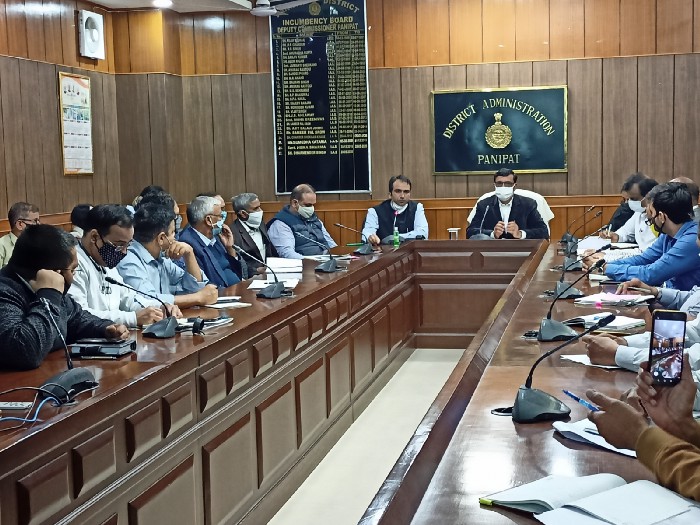 Written by Ambalika Khanna, CMGAA Panipat
With the Covid on the rise, a hasty nationwide lockdown was enforced as a measure to suppress the spread of this novel virus. This resulted in chaos across the country. There was not one single person whose life had not been affected by the virus. Of course, the magnitude differed for different sections of the society — Businesses shut down, schools shut down, many people lost their lives to Covid (and sadly poverty). The lockdown also divided Indians into two polarising opinions. On one hand, people thought that perhaps the government cannot do more than this and on the other, they felt that the government has failed to manage the pandemic. I was the latter!
Now, this was before I joined CMGGA. CMGGA Programme, a collaboration between the Government of Haryana and Ashoka University, is a platform for young professionals to acquire a better understanding of good governance on the ground. Initiated in 2016, the program places individuals with the district administration in Haryana for bringing transparency, accountability, and efficiency in public service delivery. As a part of the fifth cohort, I have been working with the district administration in the Panipat district of Haryana. I got the opportunity to attend a Covid Task Force meeting on the second day of the fellowship itself. To my surprise, it didn’t seem like the administration was not doing enough.
From detailed follow-ups from all the concerned departments to IEC activities to raise awareness amongst the citizens about the Do’s and Don’ts of Covid — the district leadership made sure to discuss and plan all the important points in detail. A comprehensive strategy for distributing alternative medicine to boost immunity was discussed. A review of whether frontline workers have been given adequate protective gear was taken. Lastly, the district leadership had a detailed discussion on the possible best practices that can be replicated to control the spread of the virus in Panipat. And this was just the beginning of many insightful meetings that followed in the subsequent days. It was also heartening to see the district leadership actively participate in ensuring that other important areas of development like education or delivery of government schemes/services do not get side-lined because of the pandemic. As I actively work on these two aspects, the Deputy Commissioner (and other senior officials) proactively took regular reports from me, gave their insights on how we can improve the existing interventions, and most importantly took my feedback with an open mind.
The last few months have been a surreal experience that brought a much-needed realization. The realization that the Government cares about its citizens. Being on the other side of the system, one often tends to miss out on the efforts of the government functionary. In a period of crisis, it is easy to blame the government for the lack of initiatives, but it is equally important to acknowledge the constraints and the magnitude at which the government operates. Working with the district administration has also made me realize that many of us have had the luxury to work from home, while government officials put their lives at risk every day. It is not only their lives but also the lives of their families, that the officials put at risk every day by working day and night to fight the pandemic.
There is no denying that this pandemic has brought forward some of the major systemic issues to the forefront. Issues that range from poor management of the public health system to the vulnerability of the informal sector. It can also be not denied that as a country we need to immediately address these issues for when in future, if we are to tackle such a large-scale crisis, we are well prepared. However, I would also like to reiterate that I no longer deny that the government lacks in its efforts to do enough for the community. With the constraints they work with, it is a jumbo task to achieve systematic development. As a CMGGA, my work has provided me with a significant shift in my views and this I shall carry with me in the future as well.