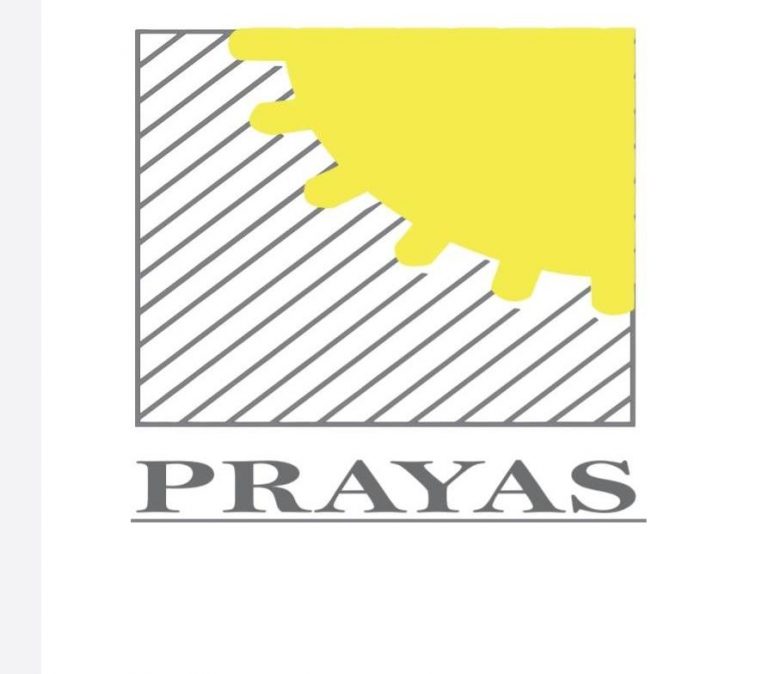 Prayas is a social work demonstration project of the Criminology and Criminal Justice, Tata
Institute of Social Sciences, established in 1990. Prayas’s focus is on service delivery,
networking, training, research and documentation, and policy change with respect to the
custodial/institutional rights and rehabilitation of socio-economically vulnerable individuals and
groups.

This case highlights the humanitarian support provided by a released woman prisoner to another
released prisoner in times of the COVID 19 crisis.

On 1st April, 2020 the Jailor of Byculla District Prison called Prayas social worker, Ms. Meenal
Kolatkar, asking for help to arrange emergency shelter to a released woman prisoner, Sheela
(name changed). Due to the lockdown (lack of transportation),Sheela could not travel to her
home at Palghar district. Prayas immediately contacted an official from the Department of
Women and Child Development asking for help to arrange shelter but was informed that as per
the COVID 19 guidelines, direct admission into a shelter home is not possible; she would have to
be admitted to the One Stop Centre at KEM Hospital who would keep her there for night shelter
and then refer her to Kasturba Hospital for 14 days quarantine before she can be admitted to a
shelter home. However, the admission to the One Stop Centre could not be done as the police did
not agree to provide escort to send her to KEM Hospital.

With no options left, the Jailor gave shelter to Sheela at her residence, as a great act of
humanitarianism. The next day, few other women were released from prison; so the Jailor asked
them if anyone could provide shelter to this woman. One of the women, Zubaida (name
changed), living in the eastern suburbs of Mumbai agreed to take her home. However, the issue
was of transportation. Then, another woman prisoner, Savita (name changed), informed the Jailor
that her husband lives in that area and he can escort the women. Savita gave her husband’s
mobile number to the Jailor who in turn called him and asked him if could arrange for a vehicle
to escort the two women to their home. The man agreed and requested his employer to give his
vehicle and thus the man arrived at Byculla Prison and escorted the women to their home.
The next day, Prayas Social Worker, Mr. Sudhakar Marupuri, agreed to make a home visit since
he lived near the area as per the address provided by the Jailor. However, the social worker could
not trace the house at the given address. Our social worker was in constant touch with Jailor to
verify the address, as the phone number provided was switched off. The Jailor then got in touch
with Savita and got another number on which she spoke to her husband from the prison. Finally,
the husband got in touch with Mr. Sudhakar and provided the landmark to reach the house.
Mr. Sudhakar traced the house, but Sheela and Zubaida were not there at home; they had gone
out on some errands. The house was kutcha (tin roof) and very small (10 x 10 feet size); and
there Zubaida lived with her parents, sisters, brother-in-law and sisters’ children. One of her sisters told Mr. Sudhakar that Sheela had been crying since the time she had come longing to
meet her two children who are with her sister-in-law at Palghar.

Mr. Sudhakar waited at the house for half an hour, and left his contact details with Zubaida’s
father. Prayas made another visit the next day to provide rations and some financial assistance of
Rs. 1500/- to Zubaida’s family and to Sheela. Prayas plans to provide escort support to Sheela to
reach her home as soon as possible, so that she can be with her children.

Mr. Sudhakar observes, “I was amazed to see that Zubaida and her family, who live in utter
poverty in a small house, opened their arms to Sheela in her time of crisis, and are also providing
emotional support to her since she is missing her children. The family has not got proper food to
eat since many days and have been living on the food given by their neighbours. Despite all such
problems, they have accepted an additional member into their family”.

Prayas has been working for the last 30 years to create pathways for the rehabilitation of persons
in prison and protective custody. Do support Prayas to reach out to maximum people with the
support in the times of COVID 19 crises https://tiss.edu/prayas_donate/