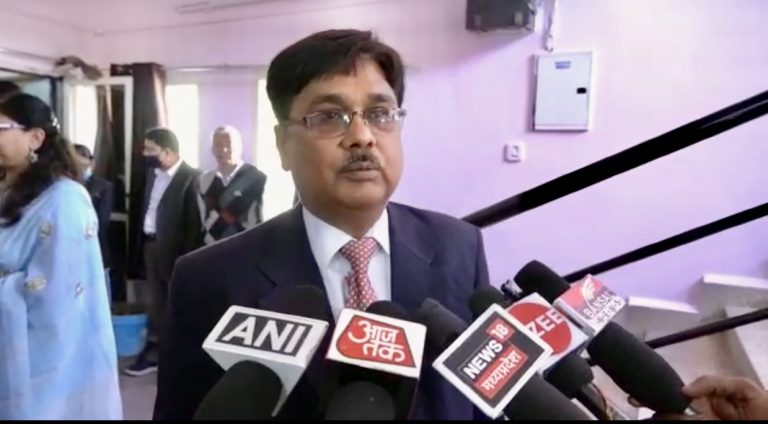 District judges who came forward to get rid of body trade from women and minors in Neemuch region. Direct communication with the women and their families of the Banchhara community. Discussion with young women who have left the sex trade. Young men of Banchara community said that this step of the judge has raised new hope …

The first program of the state where the District Judge spoke directly to stop prostitution.

In the program, all the judges of Neemuch Court promised to join the youth and women of Banchara community through NGO to stop the sex trade in the district.

The girls of the community also addressed those who are doing jobs with self-respect without going into the swamp of the body trade.

It is worth mentioning that in the Neemuch Mandsaur district, the trade has been done by the Bachchada community along the highway for centuries, according to statistics, even today almost two thousand minor girls have been forced into the body trade morass. There is also the question that the district administration and police should do the work. The District Judge himself had to come to the field for that work. Which is a direct question mark on the functioning of police and administration.

In the event organized in the court itself, the young men and all the judges of Bachchha community.

Neemuch District and Sessions Judge Hridayesh Srivastava said that – The work of the Legal Aid Authority is no longer providing only free advocate. Now we are trying to remove the evils of society by joining with the people of the society. Some people of Neemuch district do business work. This step has been taken to get the children and their parents engaged in this work from this work. Here also those children who are living in this community, are still involved in body trade. Away from it and doing a job by writing well. By giving examples to educated children, it is being explained that this body is connected to the mainstream of society. Till now we were only connected with the court case but now we are standing with the person towards the society to eradicate the evils of the society.

Akash is also from this community who is fighting the fight against body trade. The sky says that –

For the work that the police and administration should do, the judge of the district is now coming to the field and taking the initiative of change and inspiration for this community. In Neemuch Mandsaur Ratlam area, about 2000 minor girls of this community, who are 10 to 12 years of age, are being openly traded. In what circumstances will the Banchara community improve with this initiative of the District Judge.

Lakshmi Malaviya belongs to this community, but instead of going into the business, she thought it better to do self-employment. It wants more girls from this community to leave the sex trade and work in government jobs or police.

Girls of the Banchara community on the Fourlane Highway are waiting for customers to open body trade. Many minor girls are also available here for just Rs. 200. plz blur the face

Note: please BLUR the face of girls in file no. 06. Minor girls

Certainly this is a commendable step taken by Neemuch District Judge Rajesh Srivastava which may prove to be an effective step to stop the minor body trade happening in this area somewhere. Advocacy was also taught to the children by coaching them in the court itself.