CSR: An Honest Bureaucrat At Work 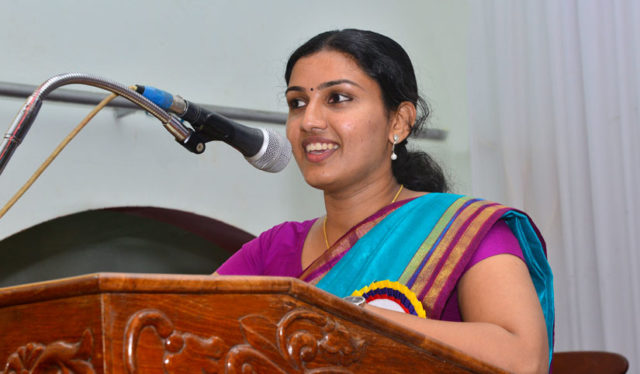 Once a bureaucrat proves that they are credible, nobody dares to threaten them directly. This is the experience of a brave IAS officer Dr Renu Raj in the state of Kerala.
Dr Raj who scored All India Rank 2 in 2014 batch of the UPSC civil services exam in her first attempt, received her first independent posting at Thrissur in the state of Kerala. She worked her way up to become a sub-collector of Thrissur by honest hard work.
In Thrissur, she worked tremendously for the welfare of senior citizens, a segment of the population in the state that is double that of the national average. She encountered about 35-40 cases each month, of children abandoning their parents at old age homes, hospitals or temples. And while the Senior Citizen Maintenance Act of 2008 is existent in all states, compliance was an issue.
In order to deal with the issue, the IAS officer created a group of ten conciliation officers. These were people from different walks of life, like retired government officers and educationists, who volunteered to mediate between broken families, convincing children to take their parents home.
To ensure that the grievances of the senior citizens were addressed, the Collectorate also started a different room with conciliation officers on the ground floor, since the building had no elevators. This was to accommodate the elderly who would find it difficult to climb the stairs.
When she received the information that an unlicensed old age home in Thrissur city was extorting money from the elderly to the tune of Rs 20,000 per month and non-refundable deposits to the tune of Rs 2.5-3 lakh without any receipts, she led a raid on the home.
During the raid, she found out that these elderly people were bedridden and suffering from dementia and similar conditions. They were not even given proper food let alone appropriate care. During the raid, her team found one male and two females, two of whom did not have any documents. They rescued them and sealed the home. The elderly were then sent to a government-run facility.
The team then managed to track down the children of these senior citizens and managed to convince them to take their parents home under proper care.
It was also under her tenure that a mega medical camp in collaboration with Amruta Hospitals was conducted, which saw a footfall of 2,000 senior citizens; treatment was given on the spot, and 250 free surgeries were conducted later.
The illegal quarry raid in December 2017 also brought her to the public limelight. From raiding illegal old age homes to quarries owned by powerful men, in three years of being in service, the IAS officer Dr Renu Raj has often made the headlines for all the right reasons. She is indeed an inspiration for the millennials of today.