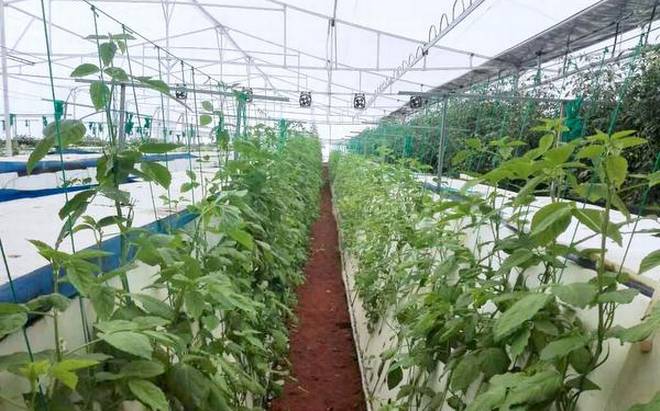 Prabhu Sankar, an agricultural engineer based in Coimbatore, was deeply concerned about the dwindling returns of farmers. That, coupled with a desire to get a toehold in the corporate scene, prompted this engineering graduate from the Mahatma Phule Krishi Vidyapeeth in Pune to look for innovative ideas in corporate farming.
Thanyas Organic Pvt Ltd, the start-up he founded with a few friends, has perfected farming techniques that can increase the productivity of a piece of land by at least 10 times with substantially less water and nutrients. The start-up is being incubated at the Tamil Nadu Agricultural University’s (TNAU) Agri Business Directorate in Coimbatore. “The beauty is that the entire farm can be managed remotely using the internet of things (IoT),” says R Murugesan, Director of Agriculture Business Development at TNAU, who heads the incubation centre. The technique can be used to grow vegetables, flowers, medicinal plants and spices, he says. Thanyas’ 30,000 sq ft experimental farm, which the start-up uses to test out various protocols, is located at Palladam, in Tirupur district.
Cloud-Based Fertigation
Using a cloud-based server, Sankar, sitting 40 km away in Coimbatore, can not only schedule a fertigation session, but also actively monitor the plants every day. “We will use similar procedures for a 10,000 sq ft pilot farm that we are putting up for Rallis India, a Tata concern, in Lonavala, near Pune,” says the 45-year-old Sankar. Thanyas’ Palladam farm produces nearly 80 types of vegetables. The farm is based on aeroponics, an advanced version of soil-less agriculture, in which water and nutrients are sprayed on the suspended roots of the plants.
While the technique has been evolving since the 1970s in the West, developing similar protocols for the tropics and sub-tropics is a tough job, says Sankar. The plants are grown on raised beds that stand a few feet from the ground, making it possible to cultivate several rows on either side of the bed. “Such aeroponics-based vertical farming offers several advantages over conventional farming,” says Sankar. “Unlike in its technological cousin hydroponics, the roots of plants grown in an aeroponic system are suspended in the air and the spraying of water and nutrients leads to an oxygen-rich, misty environment,” he explains.
Also, the enhanced oxygen availability at the root zone leaves disease-causing pathogens dormant, improves uptake of minerals by plants and development of healthy root systems. “This leads to a multi-fold increase in plant metabolism, which in turn results in a vast increase in production from a unit area,” says Sankar, who worked in agriculture extension for two decades before turning entrepreneur. “We have shown that there can be a 10-20 fold increase in production while water consumption goes down to 10 per cent of what is required in conventional farming. The increase in output happens also because the cropping cycle is reduced,” he adds.
Spreading roots
NABARD has contacted Thanyas for a small demonstration facility at its Lucknow campus. According to TNAU’s Murugesan, the Prince of Qatar has evinced interest in an aeroponics-based vertical farm in his kingdom. “Initially it will be on a 2.5- or 5-acre land; if successful it may get extended to 250 acres,” he says.

The article has been extracted from: https://www.thehindubusinessline.com/news/coimbatore-agri-engineer-grows-crops-out-of-thin-air-and-very-little-water/article23776834.ece