Bidar’s officers who became beacons for the entire State 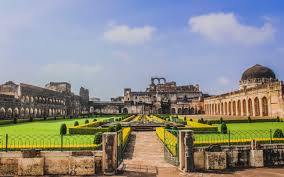 Bidar district is fortunate to get good officers known for their out-of-the-box thinking. Munish Moudgil, Harsh Gupta, P.C. Jaffer, Anurag Tewari, Naveen Raj Singh and Ujjwal Kumar Ghosh, to name a few, were not only good administrators leading the bureaucratic apparatus but also people-friendly officers who ordinary folk continue to talk about even many years after they have been transferred.
That many of their unique experiments in the district have grabbed the attention of the political class in Bengaluru who, in turn, adopted them for the entire State considering their effectiveness in improving governance is testimony for their outstanding performance.
When Naveen Raj Singh was Bidar Zilla Panchayat Chief Executive Officer (CEO) between 2003 and 2005, the district witnessed a successful experiment of watershed development through arch-check-dams. A civil engineering graduate, Mr. Singh studied the pressure enduring logic behind Idukki Dam, a double curvature arch dam constructed across the Periyar in a narrow gorge between two granite hills in Kerala, and built the first-ever inclined-buttress check-dam, as it was called, in Bidar applying the same logic.
Considering the reduction of construction costs by half as compared to conventional check-dams and increased life expectancy to around 100 years, the arch-check-dams proved to be a successful model in watershed development at affordable costs. The experiment impressed the State government which issued standing directions to all district to adopt the Bidar model for building smaller check-dams.
Munish Moudgil, who served as Deputy Commissioner in the district between 2005 and 2007, was the man who not only forced the mighty to respect and adhere to the law of the land but also significantly contributed to improving the administration. An M.Tech graduate from IIT Bombay, Moudgil was the one who first conceived the idea of time-bound public grievance redressal system.
He began to hold Jana Spandana, a people-meeting programme, on Tuesdays to address public grievances and put a mechanism in place to see that every grievance is addressed within a stipulated time.
Then, all the other department heads also followed him. Impressed by the initiative, the government adopted it for the entire State under a new name, Sakala.
Then came Harsh Gupta. During his tenure as Deputy Commissioner between 2007 and 2010, Bidar saw multi-front development. He put men on task to identify and protect 96 little-known monuments of historical importance. It was during his tenure that around 1,100 acres of public land encroached upon by private parties returned to government’s possession. His groundwork is undeniable in the famous Bidriware getting geographical indication (GI) tag as he was the one who roped in Cauvery Handicrafts Emporium to train Bidri artisans and get their work globally recognised.
Education was P.C. Jaffer’s cup of tea. During his tenure as Deputy Commissioner between 2012 and 2015, he introduced a series of programmes for improving the education scenario in the district. He selected one efficient teacher from each one of the 1,350 government primary schools and get them trained in English teaching training. Experts from English and Foreign Languages University (EFLU), Hyderabad, with whom he entered into an agreement, trained teachers in two sessions with multimedia teaching tools.
Mr. Jaffer conducted a series of career counselling programmes for spreading awareness on UPSC examinations in the backward district. In one of his important initiatives, he conducted a preliminary test for those aspiring for civil services and selected 12 students — eight males and four females, whom he sent to Delhi for higher-level coaching. Two of them cracked the UPSC exams. His efforts to improve the district’s performance in SSLC and PUC examinations were unlimited.
Anurag Tewari, who succeeded Jaffer as Deputy Commissioner and worked between 2015 and 2017, was Bidar’s waterman. In collaboration with Team YUVA, a civil society group of professionals, he identified hundreds of public tanks and wells that were crying for dredging. The collective efforts paved way for the dredging of 100 tanks and 300 open-wells resulting in increased water storage and groundwater table recharge. In 2016, the then Chief Minister Siddaramaiah, who visited a lake in Aurad, locally known as Deshmukh Kere, which was freshly dredged, was so impressed that he extended the initiative to the entire State under the name of Kere Sanjeevini.
Ujjwal Kumar Ghosh, during his tenure as the CEO of Bidar Zilla Panchayat, put a system in place for ensuring punctuality of teachers in government schools. The system inspired the Education Department to further develop it into an SMS-Based School Attendance Monitoring System and extend it to the entire State.
Anirudh Sravan P. is another promising officer that Bidar could expect the furtherance of the legacy from. Transferred as Deputy Commissioner of the district by Election Commission during the recent Assembly polls, he got recognised as people’s officer within a short period. It is his repeated visits to the district hospital that made it a patient-friendly hospital. Known for his style of working more from the field than from office, he is still talked about in the rural areas of Kalaburagi where he had meaningfully implemented MGNREGA as the CEO of Kalaburagi Zilla Panchayat.
Source: https://www.mpositive.in/2018/06/29/28167/