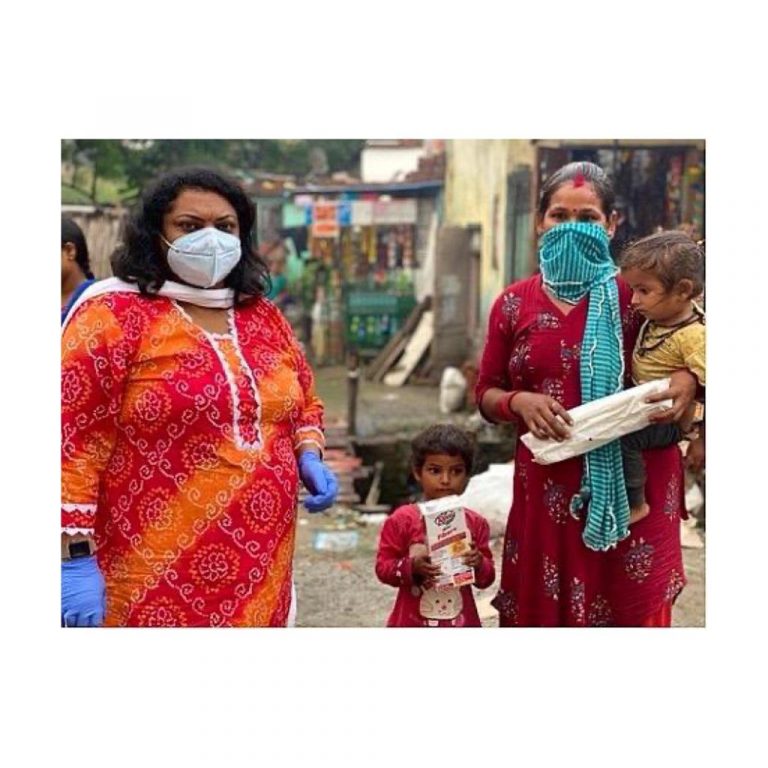 A journey of creating Pad men and Pad women across India amidst covid by Aman Preet , IRS
Whenever there has been a disease outbreak it has been reported that women of vulnerable sections of society are impacted the most. There have been several reports which show that impacts of COVID-19 have adversely impacted women from weaker sections of the society. Globally emphasis is being given on importance of personal hygiene in combating the spread of coronavirus. For women personal hygiene includes menstrual hygiene as well, and the ongoing COVID-19 pandemic is having a huge impact on a major part of the menstruating population of India. Lockdown, movement restrictions, health facility closures, closures of schools and colleges  have affected the  access to sexual and reproductive health services along with availability of sanitary products. The economic fallout has also impacted access to sanitary pads and has impacted the physical and mental health of those who menstruate.
In these times when we are going through ahumanitarian crisis , Aman Preet a 2010 batch IRS Officer along with the help of her family, friends, fellow civil servants, volunteers, NGO’s, foundations, and, entrepreneurs has reached to 17 Indian states and has provided menstrual products to the needy and underprivileged women. The drive was started by Sangini Saheli Trust founded during COVID-19 by her friend Priyal Bhardwaj. The issue came to Aman Preet’s notice through an article in a local newspaper in which it was mentioned that with the closing of schools and colleges, the subsidised or free supply of sanitary pads has also been stopped. Female students in fact, wrote to the administration to help them by supplying them this ‘necessary item’ along with other essentials. Many social organisations and individuals came forward to whole heartedly help the poor and the vulnerable sections of society by providing them ration, masks, sanitisers but sanitary pads were not considered important enough to be provided. Shortage of supply and the hike in rates was the major problem during lockdown. When Sangini Saheliprovided pads to the construction workers working in Lady Hardinge College with the help of Aman Preet’s batchmate EishSinghal,IPS and Pragya Anand, IPS ,the women told that this shortage of supply had made them resort to their old ways of using clothes .With the help of AkanshaSingh, wife of Mr. Alok Singh, IPS Commissioner of Police Gautam Budh Nagar distribution of hygiene kits containing sanitary pads was done in several slums and rural pockets of Uttar Pradesh.
While the world is shifting to a newer normal every day, millions of us are not able to survive the magnitude of this change. The pandemic is not only a health crisis but an economic, financial, security and also a humanitarian crisis.   As part of an initial response towards the fight against COVID-19 and making a difference in the lives of the migrant women workers who were travelling back from bus stops and railway stations, pads were provided to them . This small step taken initially has now become a Pan India initiative. Her crusade has provided over 12.5 lakh packets of sanitary pads in over 17 states of India.
With her help Sangini  Saheli has provided  relief supplies of sanitary pads and NGO-Ek Prayas is still providing other hygiene essentials to the patients and volunteers fighting with COVID-19 at world’s largest COVID Care facility – Sardar Patel COVID Centre and Hospital at Radha SoamiSatsang Beas, Chattarpur. Their efforts were appreciated by DM, B.M.Mishra, IAS .Till date more than 2000 patients have been recovered from this facility which include women

In Punjab, Hon’ble ADGP Shri. P.K. Sinha Sir supported the initiative and facilitated the timely distribution of menstrual products in women cells of all the 14 Punjab Prisons. Similarly DIG Shri. Madhur Verma, IPS posted in Arunachal Pradesh facilitated the distribution in all 20 mahila thanas there. Meerut jail and Tihar jail were also provided the supplies. In Assam, her batchmate Rocktim Saikia and his wife Dr. Pallavi along with IRS officers facilitated the Relief supplies of sanitary pads in Sarusajai Quarantine Centre, Guwahati. Several shelter homes, ashrams,observatory homes, kusht ashrams, homes for specially abled women and girls have been sent supplies of sanitary napkins during lockdown.