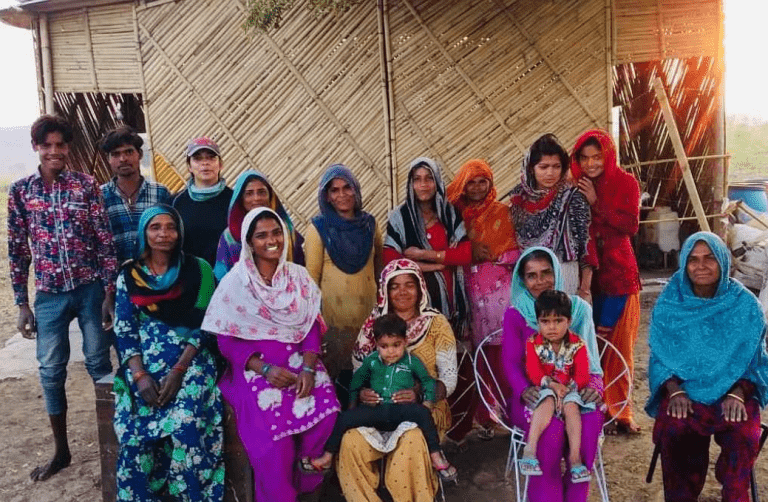 Sudhanshu Sharma and his wife Susmita Roy were working in the national capital. He was in the strategy and marketing sector, while she was in public health.

What astonished them was a high-rising “mountain” that they would often pass on their way to work. But on this fateful day, they realised it wasn’t a mountain, but a massive mound of garbage.

“It was shocking,” Sudhanshu recounts to The Better India. The couple says this ghastly revelation only added to their growing concerns about the city and its pollution standards.

“The dust, pollution, and air quality in the national capital would often cause us to wonder how people were okay with it,” says Sudhanshu.

Despite the “good life” they were living, there was a looming concern on his mind. Delhi may be an advanced city in the world, but if one cannot breathe clean air, what is the point?

That very year, the couple made a conscious decision to be a part of the solution. The way forward as they saw it, would be a series of slow and decimal changes, but steps in the right direction nonetheless.

While they were ideating on what they could do to improve the quality of their lives, they were reminded of a family land that was lying vacant in Bhopal. So they decided to cultivate it with organic farming methods, which would also give them a chance to get in touch with their roots.

“I was always looking for a niche that could lead to a win-win situation,” says Sudhanshu, thinking back to the initial days of starting the farm. He had to do intensive research to get things right and work at the grassroots levels to understand the basics of farming.

After months of dedication, in 2018, the couple was ready to start farming on their 14-acre land which is 65 km from Bhopal and had laid barren for years. Their first choice of crops was moringa and aloe Vera, following the success of which, they ventured into paddy cultivation.

“As part of our integrated farming model, we ensured that everything used to fertilize the land comes from the land itself. We also adopted cows that were abandoned on the streets of Bhopal and currently have 14 of them. We used the cow dung to fertilize and nourish the land,” says Sudhanshu.

Instead of the traditional technique of tilling the land, which leads to the release of carbon and other greenhouse gases, the couple used the vegetable crop to prepare the ground for cultivation

“We started following the principle of multiple cropping, wherein we reserve four acres for vegetables, another few acres for oilseeds, pulses, etc,” he says, adding that the processing centre on the land is where oils, flours, etc, are prepared from the millet and the waste is used for vermicomposting.

Currently, there are 12 farmers associated with Jaivik Jeevan. The sentiment shared among them is one of gratitude toward the couple, as their quality of life has greatly improved. They say there is no need to migrate to the cities when things are going so well in the village.

The farmers along with managing the Jaivik Jeevan farm, also tend to their own farms, as Sudhanshu and Susmita do not compel them to leave their independent farms. “We do farm pickups for produce grown on the farmers’ lands and everything produced is bought. We don’t believe in sorting and grading produce, and being picky,” says Sudhanshu.

She adds that starting an organic farm with Sudhanshu may seem like a small step, but it is one in the right direction.

“Patience, not giving up and a leap of faith helped us transition from the corporate world to this green one.”

“It is a zero wastage farm concept,” he shares. “But the journey from being corporate professionals to spearheading organic farming has been an uphill one with its own share of lows.” Recounting their initial years of learning, the couple says it couldn’t have been more eventful.

The story has been extracted from: https://www.thebetterindia.com/301751/business-school-grad-leaves-london-to-organic-farm-help-farmers-earn-jaivik-jeevan/