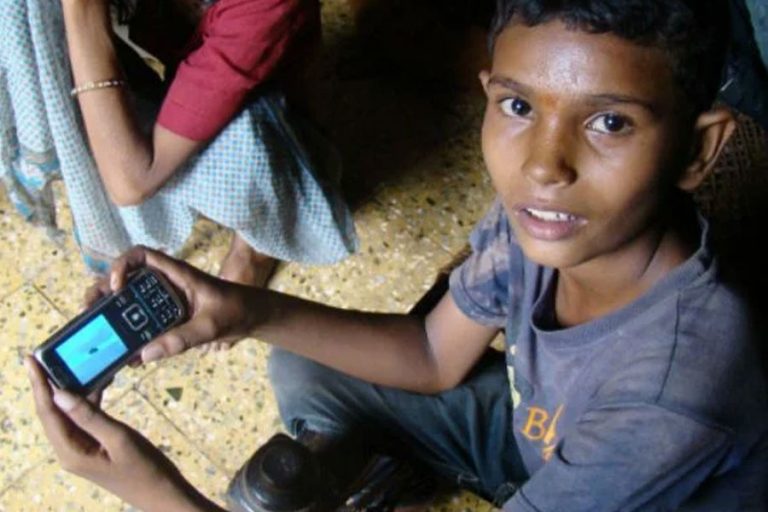 A siren goes off at 7pm every evening in Vadgaon village in Sangli district, an indication to all residents to switch off their TV sets and mobile phones.

The two instruments of “addiction” can be switched on when the village council sounds the siren again at 8.30pm.

“We decided at the village meeting on 14 August – the eve of India’s Independence Day – that we needed to stop this addiction,” Vijay Mohite, president of the village council, told BBC Hindi. “From the next day, all television sets and mobiles were shut down when the siren went off.”

Vadgaon has a population of about 3,000 people, made up largely of farmers and sugar mill workers.

Mr Mohite said children had become dependent on TV and mobile phones for online classes during the Covid-19 pandemic. As educational institutions reopened this year, children returned to regular classes in schools and colleges.

“But they returned [from class] to either play on their mobile phones or sit and watch television,” he said, adding that many adults were also spending too much time on their devices and not talking to each other.

Vandana Mohite (not related to Vijay Mohite) said she was finding it difficult to supervise her two children “because they would be focused completely on playing with the phone or watching TV”.

“Since this new norm began, it is far easier for my husband to return home from work and help them study and I can peacefully do my work in the kitchen,” she added.

But it was not easy for the village council to get everyone to agree with the idea of a digital detox.

Mr Mohite said initially, when the council discussed the issue and a proposal was taken to the villagers, men scoffed at the idea.

The council then gathered the village women, who were open enough to admit that they could get drawn into watching a lot of TV serials and agreed that the entire village should shut down television and mobiles for a few hours.

Another meeting of the council was held and it was decided that a siren would be installed above the village temple.

The decision was not easy to implement. As the siren went off, council staff and groups of villagers had to go around, urging people to switch off their TVs and mobile phones.

“[Now], the decision has finally been implemented fully across the village,” Mr Mohite says.

But, does briefly switching off your TV and phone help?

It can, says Dr Manoj Kumar Sharma, professor of clinical psychology at the National Institute of Mental Health and Neurosciences (Nimhans).

A study conducted by Dr Sharma and his colleagues among 682 adults (495 female and 187 male) between July and December 2020, showed that “problematic internet use” was a rapidly emerging phenomenon among adolescents and young adults. It is one of the most critical challenges that has emerged from increased internet usage.

“The risk for problematic usage increases with excessive non-productive usage of the internet, which can cause psychological stress,” the study found. “It has the potential to harm many aspects of adolescent life.”

Adolescents predisposed to psychological stress or those experiencing stress were likely to use the internet in its many forms to escape temporarily from unpleasant emotional states, it added. This could lead to them skipping in-person social interactions, social get-togethers, family interactions and extracurricular events to gradually become isolated.

Conscious digital fasting as a family to engage in quality-based activities is a cornerstone for decreasing dependence on online activities, Dr Sharma says.

“You need to talk to children and ensure they have physical or offline leisure activities as well as adequate sleep and food intake,” he says.

Dilip Mohite, a sugarcane farmer who has three school-going sons, says he can see the difference the decision has made.

“The children were just not concentrating on their studies before,” he says. “Now, there is normal conversation [at home, even] among the adults.”

The story has been extracted from: https://www.bbc.com/news/world-asia-india-63169149