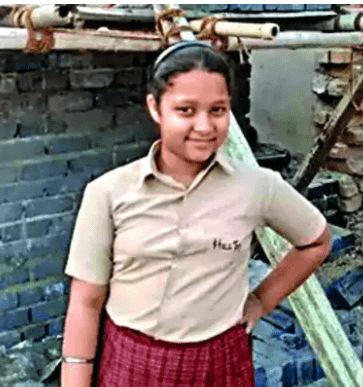 It was in 2016 when Mondrita Chatterjee, a teen crusader for cleanliness, built the first toilet in Kendradih panchayat on the outskirts of Telco area with her pocket money. An alarming rate of school dropouts because of the unavailability of sanitation facilities prodded Chatterjee, who was 11 years old at the time, to put her money behind constructing the toilet.

Today, she has built 10 eco-toilets so far. The teenager, who is on a mission to curb school dropouts and prevent open defecation, said, “When I started out in 2016, there was hardly anyone willing to help, either financially ör physically. I invested around R 24,000 to build the first toilet and my dad contributed R 6,000.

Today, there are several volunteers who help us out both physically and financially.” It was on Gandhi Jayanti in 2014 when Chatterjee, while watching the launch of the Centre’s Swachh Bharat campaign on TV, came to know that many girl students are dropping out of school because there are no toilets.

“That triggered me to do something for the needy,” she said. Her efforts bore fruit, according to one Rajesh Roy, who is a senior member of Tatanagar Satyayatan Mandir, an ashram-cum-activity centre in north Haludbani panchayat in Pursudih. Roy said, “Mondrita built a toilet in the ashram in 2019 and since then, the enrolment of girl students has increased.”

The centre conducts painting, singing and dance classes, among others, and the students need to stay there for hours at a stretch. Chatterjee’s work has earned accolades from the government officials and she has now been made the Swachhata ambassador of Jamshedpur Notified Area Committee. The Class 11 student of Little Flower School, Telco now conducts awareness sessions in schools, motivating students to maintain cleanliness.

“I also want to sensitize people towards the harmful effects of open defecation and make them aware of how it adversely affects the environment.” she added.

The story has been extracted from: https://timesofindia.indiatimes.com/city/ranchi/class-xi-student-becomes-campaigner-after-pm-modis-swachhata-call-builds-10-toilets/articleshow/94773883.cms